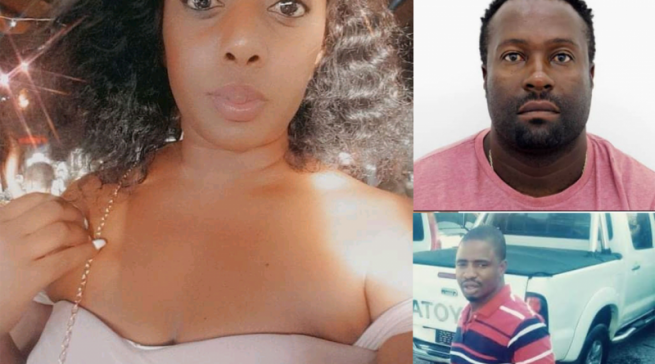 In a frenzied gun attack in Gweru city centre early yesterday, a polygamous Gweru businessman shot four people, three of them fatally, after confronting his second wife whom he suspected of cheating on him.

The junior wife’s sister, a friend and the suspected boyfriend died in the attack while by late last night, the wife was battling for her life in the Intensive Care Unit (ICU) at Gweru Central Hospital after sustaining serious gun shot wounds.

Police are now hunting for the suspect, Peter Dube, who is said to own a car dealership and a mine.

Dube allegedly approached the wife, Nyasha Nharingo and suspected lover, only identified as Shelton, as they were parked outside a flat where the wife resides.

Dube is said to have shot Shelton, who was on the driver’s seat, at close range and he died on the spot.

The wife’s best friend, Gamuchirai Mudungwe, was shot in the chest and also died on the spot while the wife and her sister Nyaradzo, were shot in the neck and head respectively.

The two sisters were rushed to hospital where Nyaradzo died on admission.

When The Herald news crew arrived at the scene yesterday morning the body of Shelton was still on the driver’s seat of the kombi he was driving before the shooting.

Mudungwe’s body was lying on the staircases of Bensam Flats along Main Street which police had barricaded as people jostled to get near the scene.

Witnesses and neighbours said Dube and Nyasha Nharingo had a long standing dispute with Dube accusing the wife of infidelity.

They said prior to the shooting incident, Ms Nharingo, Mudungwe and Nyaradzo who had just come from South Africa, organised a trip to Masvingo where they were accompanied by Shelton.

“Dube then got wind that his wife had gone to Masvingo with her boyfriend and he decided to go to the flat where he waylaid them,” said a neighbour who requested anonymity.

Nyasha and company arrived at the flat at around midnight and Dube confronted them as they parked the vehicle.

“He asked Shelton why he was driving his wife at night and as Shelton tried to offer an explanation, Dube drew a pistol and shot Shelton at close range.

“He then went for his wife’s friend, Gamuchirai, whom he shot in the chest,” said another witness, Ms Keyler Nhari.

Ms Nhari, who was also in the Kombi holding Dube’s son when the shooting occurred, said she fled from the scene carrying the baby and Dube went after the wife and sister who were rushing into the flat.

“I then heard two shots inside the flat and knew he had shot his wife and the sister. We rushed to the police to make a report,” she said.

Nyasha’s father, Mr Bothwell Nharingo said after committing the crime, Dube phoned and told him about the incident.

“My son in-law called me in the middle of the night and said come to Bensam Flats and see what has happened. He did not explain so I panicked and drove to the scene and police were already there.

“My two daughters were writhing in pain with bullets in their bodies,” he said.

Police yesterday said they were still hunting for Dube who went into hiding after allegedly committing the crime.

They said Dube was responding to police calls to his mobile phone and promising to show up at Gweru Central Police Station.