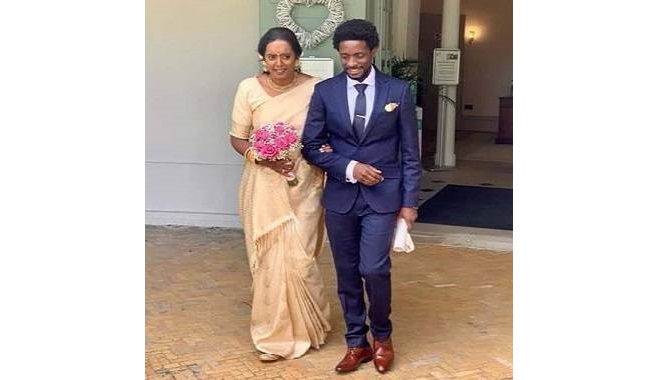 Urban grooves crooner, Leonard Mapfumo has shared pictures of him seemingly getting hitched to a mystery woman named Suba Dakshina.

The pictures of the nuptials were shared on Leonard Mapfumo’s social media fan pages this morning. 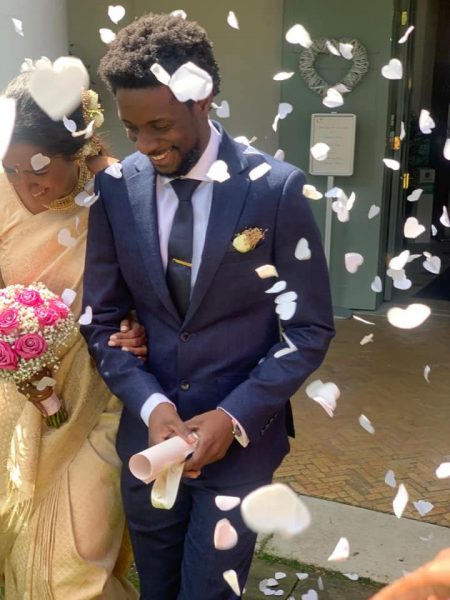 Leonard Mapfumo simply captioned the pictures: “For better or worse.” Naturally, fans sent hearty congratulatory messages to the musician, however pointing out that the picture hid the woman’s face.

A sweep of Twitter, found a picture shared by Wellence Mujuru showing the picture of Suba and the couple escorting each other after presumably tying the knot.

A search for the woman on Facebook revealed that she has a profile picture of Leonard Mapfumo and her, with other pictures of the couple together.

Suba seems to be a huge Michael Jackson fan as a browse through her Facebook account reveals various pictures of the late king of pop. She also shared a snap of her at Michael Jackson’s Walk of Fame star in Hollywood.

Commenting on the images, Mapfumo’s colleagues such as Sani Makhalima and Trevor Dongo congratulated him on his new journey into married life.