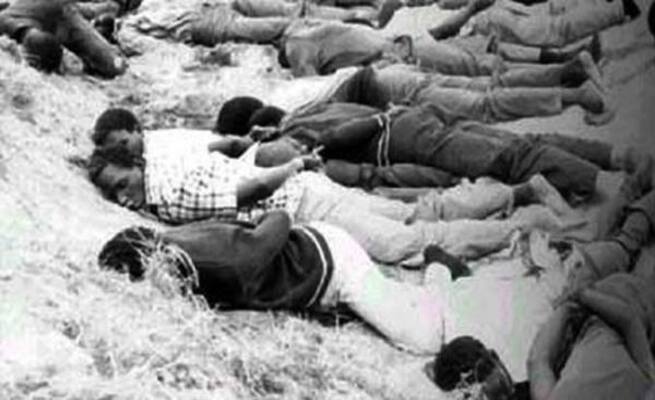 MDC Alliance president Nelson Chamisa on Sunday paid a surprise visit to the disused Bhalagwe mine in Maphisa, Matebeleland South where Gukurahundi victims are buried in mass graves.

Following the visit of the mine which was also used as a torture base by the North Korean trained fifth brigade, Chamisa expressed concern over the theft and vandalism of Gukurahundi memorial plagues.

Suspected state security agents have been accused of stealing Gukurahundi memorial plagues erected by Ibetshu Likazulu in Silobela and Bhalagwe in memory of thousands of people who were killed during the atrocities.

“Do not vandalize erected plaques. Memory and history cannot be vandalized. The state must take responsibility and genuinely apologize. Allow a process of truth telling and accountability. Allow for restitutive justice, restorative justice and rehabilitative justice,” posted Chamisa on his Facebook page.

The MDC Alliance president also implored the government to respect the victims’ families’ right to mourn and remember their families.

“Allow and respect families to mourn and remember their relatives in reburials, memorial and plaques. Allow for closure, healing and reconciliation,” added Chamisa.

“It is good that people across the political, geography, tribal are all recognizing that Bhalagwe is the face of the genocide. Everyone is welcome to Bhalagwe or anywhere where people were killed because it is death and is a national issue that must have every person irrespective of geography and race,” said Fuzwayo.

News Sekai Moyo - 13 September 2021 0
A 17-year-old boy from Makakavhule area, under Chief Tshitaudze in Beitbridge has been arrested for fatally stabbing a fellow villager aged 23 years for...

News Muza Mpofu - 13 September 2021 0
A COP in Nigeria is in hot water after allegedly losing his firearm while was having d0ggie- style se_x with an ex-girlfriend on Friday,...
Loading...