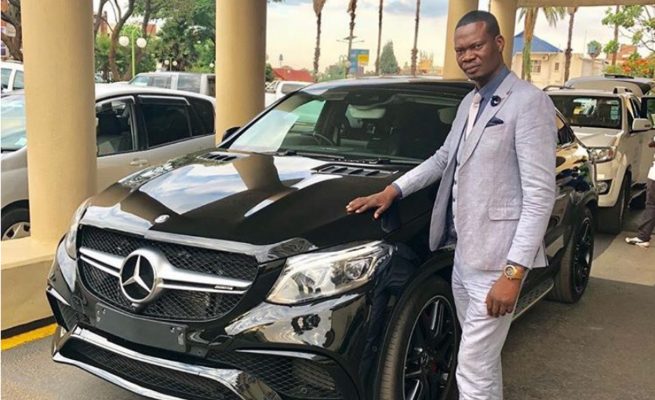 Details of his adulter0us shenanigans came to light after Panashe hosted a baby shower.

Cozy pictures of Chimombe and Panashe at the baby shower then started circulating on social media.

Sources close to the family, who chose anonymity confirmed the affair.

“Mike started living with Mitchell (his wife) when Panashe was still in Form 2-3, that is in 2009-2010, so when she was now in Lower 6 Panashe would go stay at her elder sister’s house,” the source said.

“So when she was now staying with them, Mike would go to clubs at night with Panashe and that time we started noticing that something was happening between the two of them.

“Mike would take her to Pablos and Motor Action at that time so we found it every odd.

“There is this one particular incident whereby Mike came back from the club with Panashe at around 5am and Mike’s in-laws convened a family meeting in regards to the issue that he was dating his wife’s sister but both Panashe and Chimombe denied the allegations.”

The sources revealed that Chimombe once attempted to marry Panashe but the uncle he approached would not have it and he was chased away.

When reached for a comment, Mike Chimombe said that it was none of the press’ business as it was his personal life.

Mitchell, Chimombe’s wife could neither deny nor confirm the story and directed H-Metro to speak to Panashe and Mike Chimombe.

“Talk to the parties involved in this saga,” the wife said.

Panashe spent the whole day cutting calls whenever this publication tried to call her for comment.