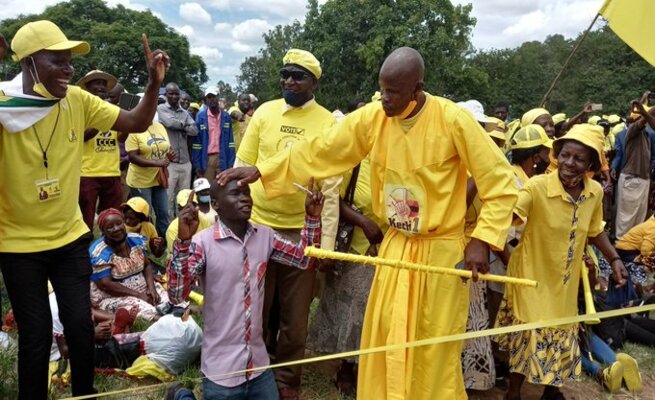 Godfrey Karembera was “badly assaulted on his legs and back” by police offices using truncheons, the Zimbabwe Lawyers for Human Rights said.

“He is facing a charge of disorderly conduct for allegedly wearing yellow regalia and telling people in Harare’s CBD to vote for Nelson Chamisa,” the lawyers said. 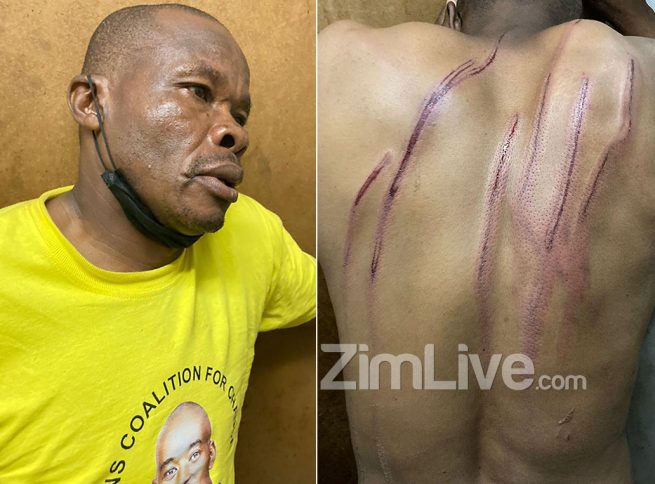 He suffered abrasions on his back and soles of his feet after being repeatedly struck with baton stick. He is struggling to walk, his lawyers say.

Karembera is expected in court on Friday.

The activist, who hails from Guruve, has been a constant feature at rallies of the main opposition Citizens Coalition for Change. He wears a gown similar to those worn by white garment churches where the men are referred to as “madzibaba”. His is yellow – the colours of the new party which rose from the ashes of the MDC Alliance.

The CCC accuses the ruling Zanu PF of using police to target its supporters and disrupt its meetings ahead of by-elections on March 26.