Mutare residents have told My Zimbabwe News that such large gatherings were last seen in 1980 when the late President Robert Mugabe held rallies after he came back to Zimbabwe after defeating Smith’s regime in war. 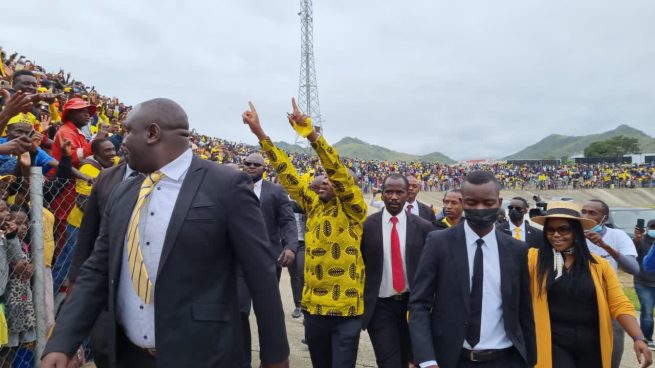 MUTARE YOU ARE TOO MUCH! THANK YOU ZIMBABWE! BEHOLD THE NEW! pic.twitter.com/vkyz8MlDTV

I think Sakubva is the most lit🔥🔥🔥🔥of all rallies so far!!

The energy is out of this world