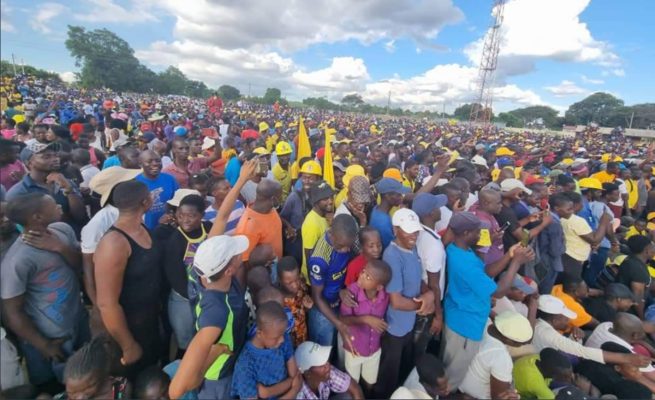 The people’s favourite opposition leader called on the party faithful to get out in their numbers to vote for CCC candidates.

Today Chamisa went to court and after being embarrassed by the court action, police gave in and allowed the rally to go ahead at 12 midday.

CCC leader Nelson Chamisa has ended his speech in Epworth where he called on the party faithful to get out and vote in by-elections on Saturday. 28 parliamentary seats and 121 municipal vacancies will be filled across the country pic.twitter.com/pPEh3h14M7