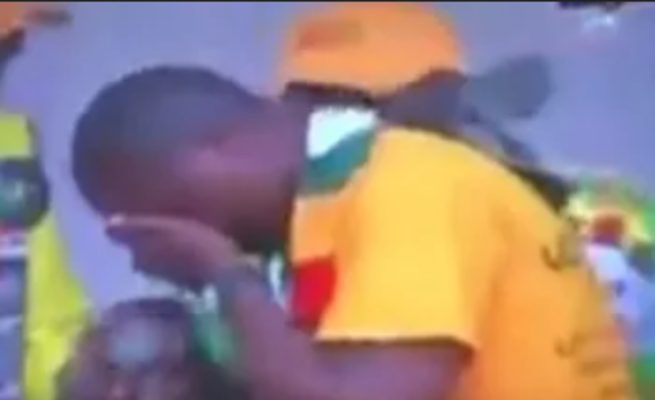 A Zimbabwean doctor who famously wept at a Zanu PF rally while claiming doctors were having it so good under President Emmerson Mnangagwa has revealed he was nearly killed in a stabbing incident in January.

Patrick Mugoni, writing on Twitter Tuesday, said he had undergone multiple surgeries after being knifed in the abdomen and was only beginning to “unlock the psychological chains which bind me to my past.”

The attack is believed to have happened in South Africa where Mugoni now works – despite his cheerleading for President Emmerson Mnangagwa in 2018.

Mugoni broke rank with striking colleagues in 2018 and attended a Zanu PF conference in Gweru where, while thanking President Emmerson Mnangagwa for a salary increment, he broke down and failed to finish his speech.

He then took out a full-page advert in the Sunday Mail newspaper extolling Mnangagwa.

The doctor, who was secretary general of the Zimbabwe Hospital Doctors Association, was jettisoned from the union which said he “brought the name of the association into disrepute.”

Mugoni’s claims that life was good for the medical profession rang hollow when, in 2020, he joined thousands of others who have quit and gone to greener pastures in neighbouring countries and overseas. He now works in Pretoria, South Africa.

It remains unclear how or why he was stabbed. He maintains that he is not ready to discuss the incident.

He wrote on Twitter: “On January 9, 2022, I was attacked and sustained abdomino thoraco stab wounds after which I went through multiple surgeries. I have suffered PTSD (post traumatic stress disorder), it feels like the experience is a part of me, that I am bound to it and will be affected by its power forever.

“However, thanks to the latest neuroscience, coupled with ancient ideas and methods, and following weeks of deliberate practise to unlock the psychological chains which bind me to my past I am finally winning the fight, thanks to the unrelenting efforts from the competent multidisciplinary team that has been attending to the task.

“When I look at my life I am a living testimony. God is great, he has been faithful to me. I will, in due time, share the details of the events leading to and the attack itself. Currently I am unable to because the matter is before the courts.”