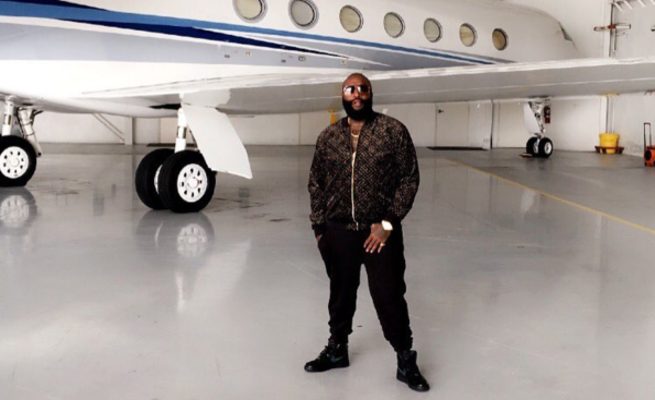 Organisers for the United States rapper Rick Ross concert scheduled to take place this November have announced the ticket price which has received mixed feelings from the general public.

The hip-hop star will be performing live at the Harare International Conference Centre courtesy of global media and entertainment company, ROAR Entertainment in partnership with Better Brand Petroleum. 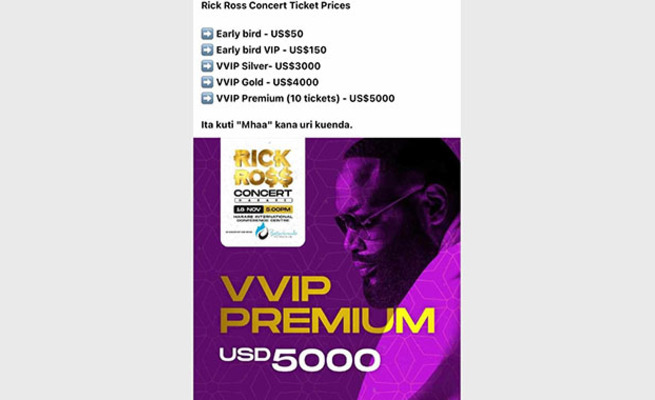 According to the organisers, the general access for the early bird has been pegged at US$50 per head and US$150 VIP ticket.

The tickets will be available until August 31.

The VVIP premium ticket will cost US$5000.

However, the pricing has divided the nation with some saying the ticket price is too much while others are justifying it.

“I think this is too much for many. We all want to watch the Grammy nominee Rick Ross perform in Zimbabwe but I think I will resort to the streaming side. How much are they paying for the local acts? Do you think he is worth US$3000? Is Zimbabwe ready for such kind of show payments unless it is about for the mbingas. How much is his show in Europe,” said Tatenda Kurayi from Highfield.

Another promoter who commented on anonymity said somehow it is justifiable.

“The prices are USD50, 100-150, for the early bird which is clear that one can purchase the ticket now. It is just that we are not understanding the USD3000 – 5000 price tag. This is for the mbingas and they want to flex their muscles. Even in the States there are such stances. We should not complain about that. This is what the promoter wants. If you can’t afford to do what is within your means. Besides, have you checked the value of $4000 that comes with the package,” he said.