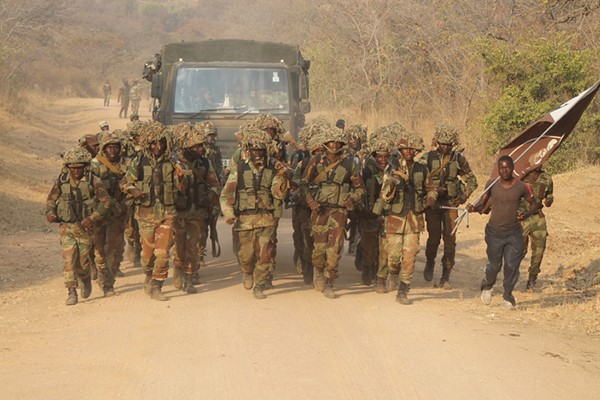 A DRUNK soldier from Bulawayo’s Mbizo Barracks Monday drove into a group of 100 colleagues on a routine early Monday morning jog, injuring 30 in the process.

The unnamed soldier is said to have fled duty and come back drunk just as a troop of about 100 officers was jogging outside Mbizo Barracks.

Sources privy to developments at Mpilo hospital where some of the 30 are being treated told NewZimbabwe none were in danger of losing lives.

“There are no fatalities yet, only one is being treated for head injuries, the rest are being treated for a few broken bones and ribs. They are all being evaluated by orthopaedic surgeons at Mpilo general hospital.

“No detail was shared as to where the driver is, we only got information that he is a soldier and was rushing back to Mbizo after fleeing his night duties,” said the source who requested anonymity.

“The soldier’s Nissan Sylphy lights were off and those jogging did not see him until he had driven into them.”

The 30 are admitted at Mpilo’s Casualties Ward.

Certain sections of the Zimbabwe National Army (ZNA) usually go for routine jogs early in the morning as part of fitness exercise.

Zimbabwe National Army spokesperson Mugwizi could not be reached for comment.