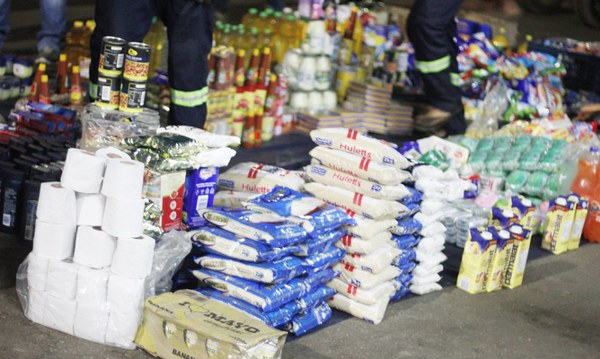 THE Confederation of Zimbabwe Retailers (CZR) has issued an ultimatum to all retailers and wholesalers to formalise their businesses with the Zimbabwe Revenue Authority (Zimra) and other regulatory bodies or risk having their operations closed.

CRZ president Mr Denford Mutashu said the organisation was giving retailers and wholesalers a six-month ultimatum to comply with the country’s regulatory and statutory requirements. He said the organisation has over the years realised that a number of businesses were avoiding or evading payment of their tax obligations, in the process denying Government an opportunity to raise revenue.

“We are calling upon all unregistered retailers and wholesalers to register their business operations because as an association we have come up with an ultimatum, which puts the deadline for registration within the next six months, failure to which one might lose their business. The rampant disregard of authority has reached a serious level and the country is not benefiting from it. Only (unscrupulous) individual corporates or traders are benefiting,” said Mr Mutashu.

He said unregistered businesses were in the habit of selling sub-standard and uncertified products whose origins are unknown which tend to pose a health hazard to consumers.

“There are serious leakages where informal traders continue to sell products that are not suitable for human consumption,” said Mr Mutashu.

He also said most of the unregistered businesses were in the tendency of flouting labour laws.

“We are also receiving numerous complaints that these unregistered or informal retailers and wholesalers are willingly flouting labour laws with most of their workers working without any provision for off days as well as leave pay. Some of the workers are earning salaries below the minimum wage and we want to ensure that such violation of human rights is brought to an end,” said Mr Mutashu.

He said the organisation would be assisted by local authorities, law enforcement agents and licensing departments to identify unregistered businesses throughout the country.

“We are going to be working with the local authorities, police, licensing department to close in on all unregistered retailers and wholesalers so that we bring sanity in the sector,” said Mr Mutashu.

As part of its efforts to augment revenue collections from businesses, Government through Zimra rolled out a fiscalisation project a few years ago, in which the entities have to use fiscal tax registers that capture financial information and relays it in real time to tax authorities.

Zimra also went on a drive to register Small to Medium Enterprises registered to formalise operations of their businesses.

News Tanya Mugabe - 12 July 2021 0
Zanu PF acting political commissar Patrick Chinamasa is in a stable condition and recovering well at a private hospital in Harare after he was...

Doctor in hot soup after f0ndling client’s breasts and inserting his fingers into her...

News Muza Mpofu - 12 July 2021 0
A doctor who works for a fertility clinic in Harare has appeared in court on allegations of f0ndling his client’s brea_sts and inserting fingers...

News Muza Mpofu - 12 July 2021 0
A PREGNANT woman from Hwange in Matabeleland North recently lost her job and has become homeless with her two minor children after being abandoned...

Man rapes fish monger, robs her of US$30 and strangles her to death near...

News Muza Mpofu - 12 July 2021 0
A Snake Park man was over the weekend dragged to answer to murder charges after he reportedly murdered the fish monger whose corpse was...

News Muza Mpofu - 12 July 2021 0
MZANSI has been hit hard by violent protests, with criminals torching and looting malls. The protests and looting have led government to send the army...

News Nelson Bhebhe - 12 July 2021 0
The Jacob Zuma Foundation has discredited rumours that Makhumalo has passed away. The foundation says Zuma’s first wife Gertrude MaKhumalo Zuma is alive In a statement,...

#FREEJACOBZUMA: Game over for looters as President Ramaphosa’s govt moves to deploy soldiers in...

News Muza Mpofu - 12 July 2021 0
The SA National Defence Force (SANDF) has confirmed that it has received a request for soldiers to be deployed to KwaZulu-Natal on Monday. SANDF spokesperson...

News Muza Mpofu - 12 July 2021 0
A man who was arrested with his neighbour and detained in a police cell for not wearing a face mask allegedly anally rap_ed his...
Loading...