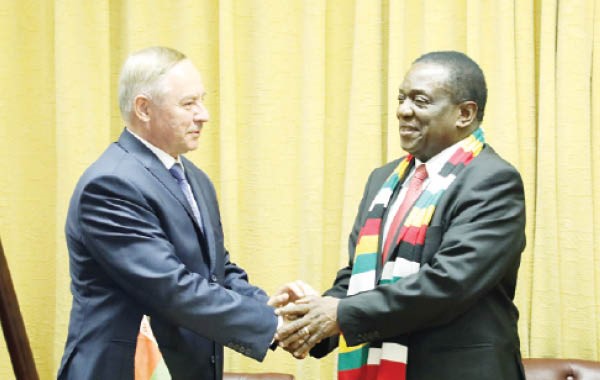 Belarus has become the first foreign nation to be allocated vir_gin land by Zimbabwe, following Mnangagwa’s tour of Eurasia in January 2019, where he established a new economic cooperation with Minsk, centered on agriculture and the supply of agricultural equipment by Belarus to Harare.

According to Belarus Segodnya, a daily newspaper, Belarus has received 10 000 hectares of land for agricultural production in Zimbabwe. The agro-industrial holding run by the Office of Belarus President will begin large-scale production of meat and dairy products in Zimbabwe soon.

Experts from Minsk are already now in Harare to select the plots of land, test the soil and identity the type of fertilizers needed. Belarus and its team of investors have indicated an interest to developing the 10 000 hectares of land in the Kanyemba area, Mbire District.

Kanyemba is in the province of Mashonaland Central, Zimbabwe, and is located on the south bank of the Zambezi river at the extreme northernmost point of Zimbabwe at the meeting point of the Zimbabwean, Mozambican and Zambian borders.

Furthermore, the Belarusians plan to build a state of the art dairy farm in Zimbabwe for an initial 1000 cows by the end of 2020. The cattle will be partially brought from New Zealand, and simultaneously, a meat and milk processing line will be launched. Zimbabwe used to produce about 260 million litres of milk in the early 1990s, but the figure has dropped to only 70 million litres of raw milk in recent times against a national demand of 120 million litres.

In May last year, Belarus also pledged to supply Zimbabwe with 474 tractors. Mnangagwa’s government in the same month said it is expecting a delivery of 1 674 tractors (including those from Belarus) in the next three months from foreign manufacturers as part of efforts to mechanise agriculture and boost productivity. The tractors are expected to benefit smallholder and large-scale farmers.