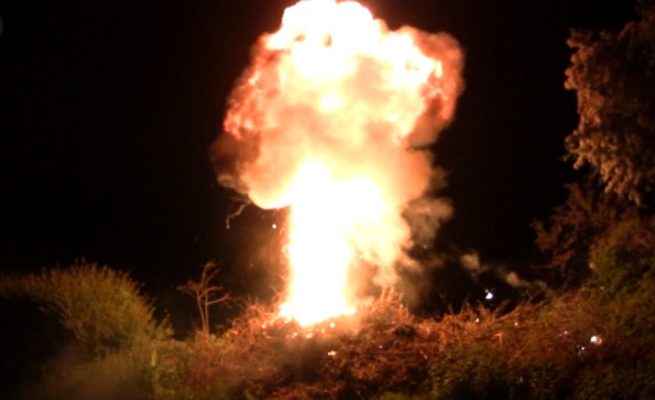 Two Zimbabwean men were last Thursday evening severely burnt while stealing fuel from a pipeline in Kendal area near Phola, under Mpumalanga Province in South Africa have succumbed to the wounds.

Following their arrest, Ngoni Nyamuruma (25) and Vimbai Magorosi (35) were being treated at Witbank General Hospital under police guard. They were due to appear at the Phola Magistrate Court on Monday facing charges of malicious damages to property.

South Africa’s organised crime unit, (Hawks) spokesperson, Captain Dineo Sekgotodi said the suspects succumbed to the wounds on Monday mid-morning. She said the pair had been positively identified by their relatives and that they have been moved to a mortuary in Gauteng province pending repatriation for burial in Zimbabwe.

“They have been positively identified and arrangements between the police and their relatives are underway. According to their families, after the finalisation of the identification processes, the deceased will be kept in one of the funeral parlors in Gauteng pending repatriation for burial to Zimbabwe,” said Capt Sekgotodi.

She said the pair was arrested after officials at a Transnet Control Room detected a fuel pressure drop on the pipeline. They then responded to the identified spot and apprehended one suspect who attempted to run away. Capt Sekgotodi said the suspect had fresh burn marks all over his body.

“The officials also noticed a big fire in nearby maize field and upon inspection they realised that the flames were from the burning Transnet pipeline.
The Hawks’ Serious Organised Crime Investigation team and the local police were summoned to the scene for further investigation,” She said.

An intensive search for the second suspect, she said was suspect was conducted in the area. The man who was also badly burnt was apprehended after he was found hiding under a bridge.

Emergency services were then called to the scene and they transported Nyamuruma and Magorosi to the Witbank General hospital.

“All the exhibits which included a white Mazda pick-up truck, generator and pieces of charred clothes were recovered from the scene,” said Capt Sekgotodi.

A few months ago, two Zimbabwean men were arrested in Free State for after stealing 40 000 litres of diesel from a Transnet station. Theft of fuel in South Africa is common and times the fuel is smuggled into Zimbabwe in tankers. In the last two months border authorities at Beitbridge intercepted fuel tankers smuggling thousands of petrol and diesel destined for Bulawayo and Harare.