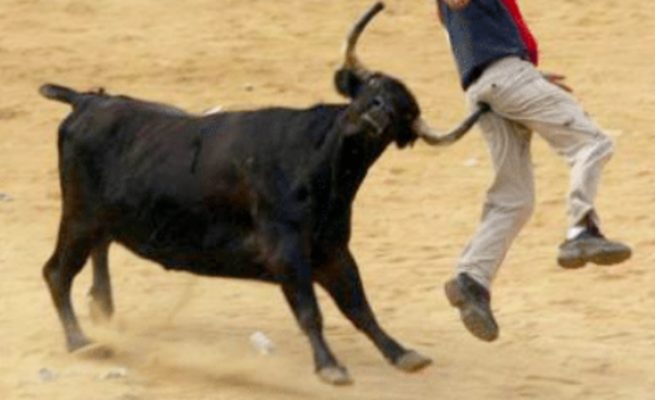 VILLAGERS in the resettlement area of Moyo Ranch, Ward 30 under Zibagwe Rural District Council (RDC) are living in fear after bulls that have reportedly gone wild and are attacking villagers.

The beasts are said to be part of more than 200 herd of cattle that are roaming around unattended and some of them are believed to be going after villagers who will be wearing light colored clothes.

Recently a village head was trampled to death by three raging bulls as he was coming from the fields on his way home.

Ward 30 Councillor, Clr Idirashe Dongo confirmed the death of the village head saying the villagers were living in fear.

“We lost a village head recently after the bulls gored him and trampled on him and smashing him against trees. It is so sad the way these animals are behaving, they are behaving like buffaloes now and everyone is living in fear,” she said.

She said only three of the cattle were behaving wildly.

Cllr Dongo said three herdsmen were saved by a tree after the cattle pounced on them as they were herding their cattle in the ranch.

“Everyone is living in fear of the cattle. Children who attend Bvumira Primary School are at risk as some of the cattle were spotted near the school in recent days. And we are afraid that once we open schools, we would have subjected our children to danger,” she said.

She said the owner of the cattle was not known and they have been roaming around for more than five years and the possibility was that they might have contracted some disease along the way.

“I assumed office and found these cattle around still roaming around with no-one to claim ownership. You never know since no one is dipping them, they might have contracted rabis and turned wild. I have since reported the matter to police and they came and witnessed,” she said.

“We attended the scene with police, Zibagwe RDC officials and officers from the veterinary services among others. For sure there was a man who was killed by the cattle. Our vet team however dismissed the issue of rabies,” he said.

He however, said a decision was made for the animals to be treated as stray and be disposed of but there was a person who claimed ownership of the beats, hence delaying the process.

“There is a man who approached the police to claim ownership of the animals. But he indicated verbally and we are left with no option but to treat animals as stray animals and we have been giving the man grace period but we cannot continue putting people’s lives at risk. We are therefore going to dispose of the animals due their wild behavior,” said Mr Mpungu.