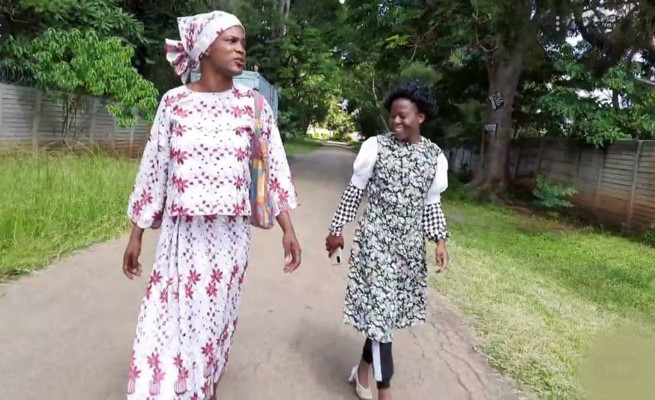 LOCAL male actor, Admire Mushambi, popularly known as Mai Vhayolenzi in the entertainment industry, has revealed that despite being passionate about the arts, poverty is the major push for him to venture into showbiz.

After venturing into comedy about two years ago, Mushambi has become the darling of many followers of showbiz matters for masquerading as a female character in his skits.

“I have always had the feeling that I am meant for television whenever I sat down to watch movies. I would wish to be like them, but what pushed me to venture into acting was poverty,” Mai Vhayolenzi told NewsDay Life & Style.

Mai Vhayolenzi said he harvested a glut of fans from the more than 400 skits he featured as a woman.

“I chose that extraordinary route to act as a woman having noticed that it is an unfamiliar territory for many actors and comedians. It also draws the attention of women whom I believe spend more time on the internet than man,” he said.

“From feedback, I have gathered that women enjoy the imitations and gestures when I mimic them.”

He added: “Mai Vhayolenzi suits the character of a quarrelsome woman who is difficult to understand. I really do not know how I came up with that character.”

“It is, however, not that easy acting as a woman when you are a man as some people sometimes stereotype you as someone who is not straight.”

Mai Vhayolenzi said in a bid to foster unity among artists, he has worked with an array of local comedians among them Mai Titi, Madam Boss, and Dhafu from Naiza Boom.