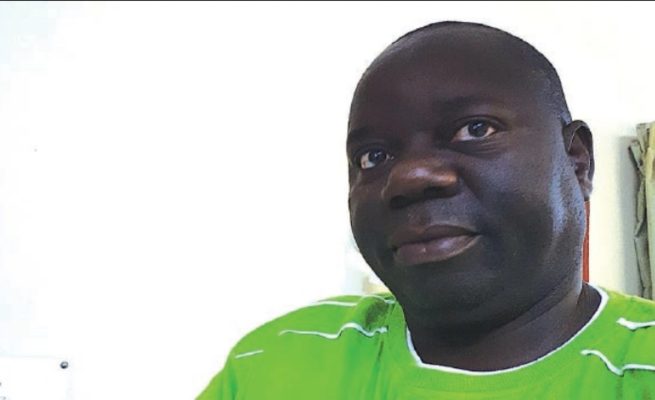 THEY called him the “Butcher of ZIFA,” – the man who was accused by a string of female referees of allegedly abusing them.

For years, the abused women fought for justice but were ignored by the former ZIFA leaders, who kept him as one of the top officials, in charge of local referees.

H-Metro played a leading role in the investigations, and became a reference point for the global media’s coverage of the scandal.

FIFA banned the former secretary-general of the ZIFA Referees Committee from all football-related activities for five years after finding him guilty of s_3xually harassing three female officials.

Zhoya, who quit his post in the wake of the scandal, was also fined 20,000 Swiss francs (£17,600) after an investigation by FIFA’s independent ethics committee.

He now faces the possibility of being pursued by local authorities.

His ban comes after one alleged victim said she had been “humiliated, intimidated and degraded” by Zhoya, claiming she had received a series of WhatsApp messages from him asking her to spend the night with him in a hotel.

“The adjudicatory chamber of the independent Ethics Committee has banned Mr Obert Zhoya, former secretary general of the Referees Committee of the Zimbabwe Football Association (Zifa) from all football-related activities for a duration of five years, after having found him guilty of abusing his position to s3_xually harass three female Zifa referees,” read a statement from FIFA on Thursday.

“Upon careful analysis of the written statements of the victims as well as the various evidence collected during the investigations conducted by the investigatory chamber, the adjudicatory chamber was comfortably satisfied that Mr Zhoya had breached art. 23 (Protection of physical and mental integrity), art. 25 (Abuse of position) and, by corollary, art. 13 (General duties) of the Code of Ethics.”

Allegations of s3_xual harassment against Zhoya were first reported by the Zimbabwe Newspapers stable in September 2020.

But, it was not until the alleged victims reported the claims to police, in December 2021, that a formal investigation was launched.

In November 2020 the allegations were sent to FIFA, the Confederation of African Football, and the Council of Southern Africa Football Associations.

Joyce Cook, FIFA’S chief social responsibility and education officer, said FIFA initially referred the allegations to CAF for three months because it “did not have the competence to investigate and judge such conducts”.

One alleged victim wrote to ZIFA expressing concern that her complaints were not being taken seriously.

“I would like to put on record that he had been making these unwelcome s3_xual advances since September 2019,” she wrote.

“The allegations I make herein are backed by evidence in the form of phone call voice recordings. I then got the courage from the evidence I had, and learning that I’m not the only one [who] was subject to this harassment.

“I have been on the ZIFA [referees] panel since 2019, I’m 30 years old. I expected to be treated with respect, not like a lady of the night.

“I, however, request you to look into the matter and possibly address the issue and in the process protect me and my fellow female referees who are suffering silently.”