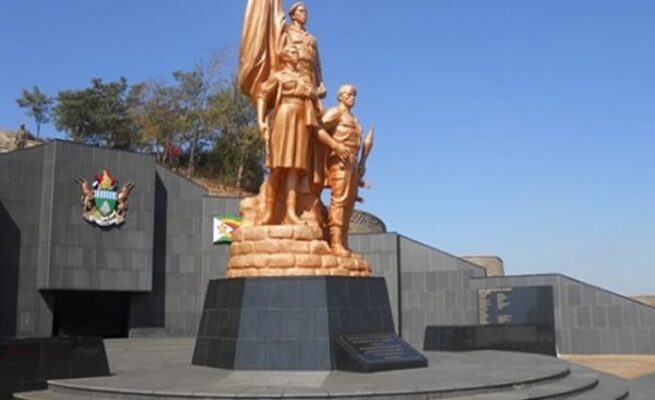 Former Manicaland Governor, Cde Kenneth Manyonda, has been declared a National Hero and will be buried at a date to be announced once consultations between the Government and his family are concluded.

In a statement last night, Chief Secretary to the President and Cabinet Dr Dr Misheck Sibanda said: “His Excellency the President Dr E.D. Mnangagwa has declared the late one time Deputy Minister of Industry and Commerce and Governor of Manicaland Province under the First Republic, Cde Kenneth Manyonda, a National Hero.

“The conferment of National Hero status on the late departed followed consultations of, and consensus by the (Zanu PF) Politburo.”

Cde Manyonda, who was aged 88, died in Harare on Wednesday after a long illness.

The Zanu PF leadership in Manicaland Province had earlier applied to the national leadership to confer national hero status on the former provincial governor.

Zanu PF Acting Secretary for Administration, who is also Secretary for Finance and Economic Development, Cde Patrick Chinamasa confirmed that the party leadership received a request from Manicaland Province to accord Cde Manyonda National Hero status.

In his condolence message on Thursday, President Mnangagwa described Cde Manyonda as a veteran nationalist who cut his teeth in trade unionism during the colonial era.

The President said Cde Manyonda was committed to supporting the liberation struggle until independence.

“I learnt with deep sorrow and sadness, the passing on early yesterday of Cde Kenneth Manyonda, our former deputy minister and then Governor of Manicaland Province. Although I knew he had been unwell for quite some time, I still hoped he would pull through, thus remaining with us for much longer. Sadly, this was not to be,” said President Mnangagwa in a statement.

“A quietly spoken veteran nationalist who cut his political teeth in trade unionism during colonial days, Cde Manyonda remained in step with our nationalist movement and the struggle until our national Independence,” said the President.

He had joined politics far back in the days of the National Democratic Party (NDP) and had remained engaged until independence.

Like his peers, President Mnangagwa said Cde Manyonda suffered harassment and incarceration at the hands of the colonial authorities, but without ever giving up or abandoning the cause.

The President said he thus stands in national annals as a symbol of fearless fortitude and unwavering commitment.

After independence, President Mnangagwa said the nationalist served his country diligently, including in the higher office of minister of Government after his appointment as deputy minister and, later as Governor of Manicaland Province.

“As a Member of Parliament for Buhera North, he served the community with remarkable foresight, including in respect of a rural livestock upgrading programme which he introduced well before our Land Reform Programme.

“Later, he would pioneer a commercial brick-making project in Mutare thus anticipating the rapid construction thrust which comes with urbanisation we now witness across the country. He had this knack for living and investing ahead of his times,” he said.

“On behalf of Zanu PF, Government, my Family and on my own behalf, I wish to express by deepest, heartfelt condolences to the Manyonda family, especially to his immediate family, on this their saddest lost.”

As they grieve over the loss of their beloved father and guardian, may they find solace in that our whole nation joins them and shares their grief. “May his dear soul rest in eternal peace,” said President Mnangagwa.

Cde Manyonda was the acting Chief Nerutanga at the time of his death.

He was born in Buhera in 1934 and after completing his education he worked in various jobs in the industrial and commercial sector.

He became a member of the African National Congress of Southern Rhodesia not long after its formation and then joined the National Democratic Party after the banning of the ANC, becoming the local branch secretary of the NDP in Gweru.

After a short period working in Livingstone, Zambia, Cde Manyonda returned to Gweru in 1962, where he was asked to become chairman of the Gweru branch of ZAPU.

He obtained a post as an accounts clerk for Charles W Hall Ltd, a hosiery manufacturing company, and when workers at the factory decided to form themselves into a branch of the Textile Workers’ Union of Rhodesia, Cde Manyonda was elected their chairman.

At a national meeting in Kadoma, the union’s name was changed to the United Textile Workers Union of Rhodesia and Cde Manyonda was elected president.

Following the split in ZAPU and the formation of ZANU in 1963, Cde Manyonda joined the later organisation.

He became vice-chairman of the Gweru branch and was increasingly involved in both political and trade union activities.

In 1966 he was arrested and began what turned out to be over two years of detention without trial.

On his release in 1968, he found himself unemployable in industry. Instead, he obtained a full-time position with his union, first resigning his presidency which had continued during his detention.

Cde Manyonda organised the publication of a union newspaper, which led to his election as publicity secretary for the African Trade Unions Congress.

He left Rhodesia in 1970 after obtaining a British government grant to study industrial relations in the UK.

He came back after independence and worked in various Government departments until his appointment as Manicaland Provincial Governor.

He is survived by four children.