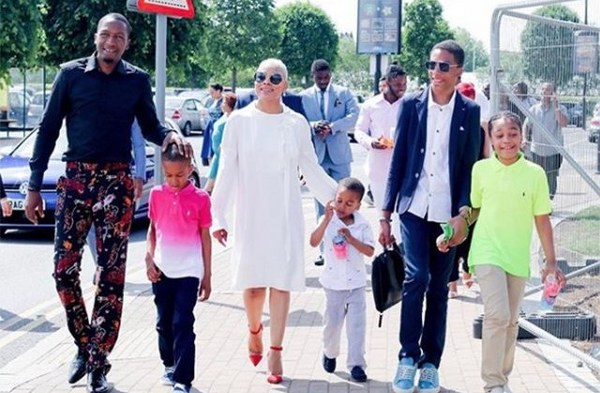 Flamboyant Zimbabwean preacher, Uebert Angel — born Uebert Mudzanire — is splashing a whopping $2 million on a 4-star French hotel, as he expands his business empire in the developed North.

The self-proclaimed multi-millionaire and leader of The Good News Church — formerly known as Spirit Embassy — first ventured into real estate through the acquisition of high end residential properties, before moving into the lucrative commercial sector.

Well-known for his opulent lifestyle, the preacher is now in the process of finalising the acquisition of the hotel in France, which sits on more than 30 acres and can accommodate over 100 guests.

“It’s not a secret that Mr Uebert Angel owns several companies of which some are in his name and others are not, although he is the main shareholder,” the preacher’s spokesperson Rikki Doolan told the Daily News on Sunday in an exclusive interview yesterday.

“The hotel in France is neither the first or the only hotel or piece of real estate Mr Angel’s companies own. However, it is the first of many to come under the name ‘The Beverly Angel Hotel’ which are being launched all over Europe,” he added.

The hotel chain is named after Angel’s wife Beverly.

Among other stunning attractions, the French hotel has a river cutting through its grounds, in addition to boasting of basketball and tennis courts and a go-cart entertainment area.

Doolan also revealed that the hotel would soon be undergoing extensive renovations before it was fully opened to the public.

“Angel is not looking at opening your average hotel. Instead, he is opting for luxury hotels and resorts in amazing spots all over the world,” he said.

The Zimbabwean-born Angel, now also a British national, recently dabbled in the beverage industry — announcing the launch of his premium energy drink called Black Gold Premium, which is already on sale in Sierra Leone and parts of Europe.

He was forced to leave Zimbabwe four years ago after he had had a number of brushes with authorities, including being linked with so-called miracle money and being placed on the police wanted list on allegations of defrauding a Harare man of his luxury vehicle worth $300 000.

The warrant of arrest was later cancelled by former provincial magistrate Douglas Vakai Chikwekwe, after the complainant in the case indicated that he had opted for an out-of-court settlement with the celebrity preacher.

He briefly returned to Zimbabwe in April last year for a crusade with Malawian prophet, Shepherd Bushiri.