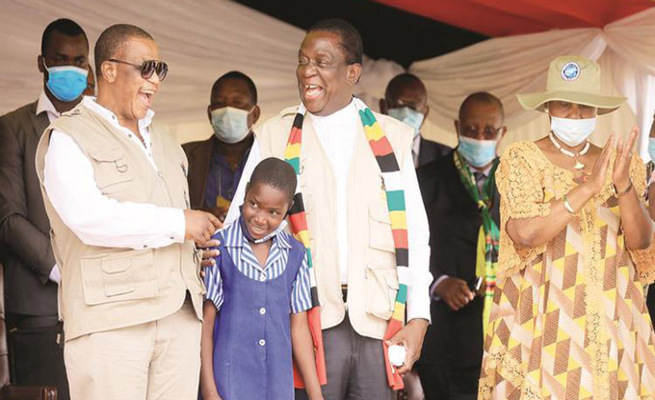 After President Mnangagwa finished commissioning the Marovanyati Dam project on Wednesday, just when everyone was about to leave, a young girl took to the stage and recited a powerful poem that left the audience spellbound.

Lizet Munzveda from Chapanduka Primary School in Buhera school captured the hearts and souls of the gathering as she educated fellow villagers in Buhera and Zimbabwe at large on the significance of water and other Government initiatives such as the Pfumvudza farming concept.

After the girl had finished her powerful recitation, Minister of Defence and War Veterans Oppah Muchinguri-Kashiri announced that President Mnangagwa had pledged to pay school fees for the school girl from her current grade until she completes her university.

The President also gave the girl US$100.