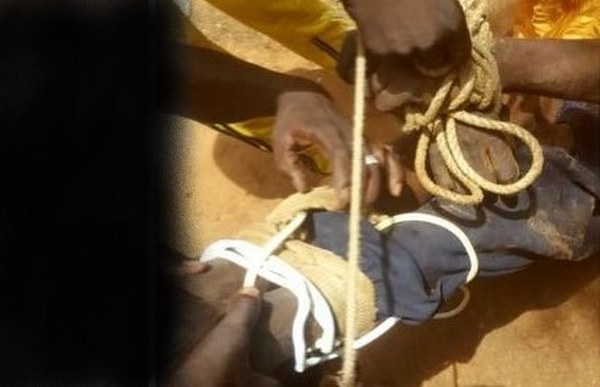 A 21-YEAR-OLD Bulawayo man lost his vehicle after two unknown robbers who had hired him in the city centre to go to Mpopoma suburb pounced on him, making off with his Honda Fit after tying him to a tree.

Insp Ncube said the two men are yet to be apprehended and appealed to members of the public for information that may help police to track them down.

He said from the city centre, the victim drove to Mpopoma suburb and the two robbers pounced on him near the Guta RaMwari church.

They allegedly drove the car towards Nkulumane and left him tied to a tree near Nkulumane Complex, along Siyephambili Drive last week on Thursday.

The man’s car valued at US$3000 has not been recovered.

Insp Ncube urged residents to desist from transporting strangers as they put themselves at risk. “Police in Bulawayo are investigating a case of robbery where a male adult aged 21 years of West Somerton, Bulawayo was robbed of his motor vehicle in Mpopoma. The accused are two unknown male adults,” said Insp Ncube.

“On Thursday, at around 6PM, the complainant parked his Honda Fit opposite the Chicken Inn food outlet at the corner of Fort Street and 11th Avenue. He was approached by two male adults who hired him to Mpopoma and they paid him US$4 and promised to pay the remainder upon arrival in Mpopoma.”

Insp Ncube said along the way behind a Guta Ra Mwari Church in Mpopoma suburb, one of the accused persons who was seated at the back produced a knife and demanded cash from the complainant.

“The complainant complied and returned US$4 which they had paid him. The other accused person who was seated at the front passenger seat ordered the complainant to park the vehicle, move from the driver’s seat and sit on the back seat,” he said.

The accused person who was seated at the back seat put a woolen hat on the complainant’s face and the other one occupied the driver’s seat and drove the car towards Nkulumane. The men stopped in a bushy area near Nkulumane Complex, along Siyephambili Drive where they tied the complainant to a tree with a cable and drove away.

Insp Ncube said the complainant later managed to untie himself and proceeded to report the case.

He added that the vehicle is valued at US$3000 and nothing has been recovered.

“We discourage motorists from carrying people they do not know or if they have any suspicion they must pass through any nearest police station for verification,” said Insp Ncube.