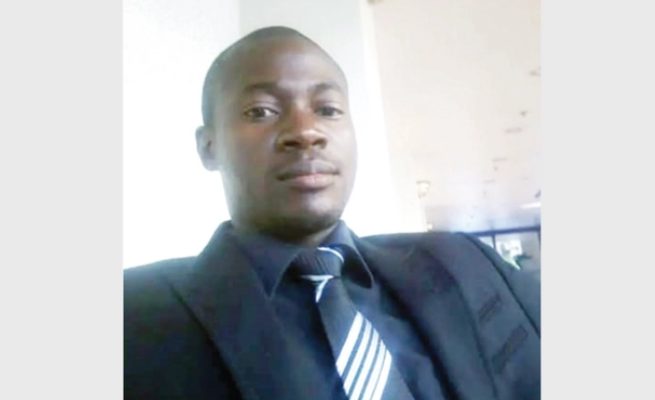 A HARARE man is demanding US$200 000 from his wife’s lover, who impreg_nated her, during the subsistence of their wedding.

Cloudio Jume has since filed for adul_tery damages against Elton Sanyahwe, whom he accuses of bedding and impreg_nating his wife.

The summons have been prepared under case number HC5126/22.

In the summons, submitted to the High Court, Cloudio is demanding US$200k, or its equivalent in Zimbabwe dollars, at the prevailing bank rate, in adul_tery damages.

He’s also demanding a further US$50 000, or equivalent in Zimbabwe dollars at the prevailing bank rate, for loss of companionship.

Elton is yet to respond to the application.

Cloudio is claiming that he was married to Thelma Gwakume, under the Marriage Act Chapter 5:11.

Thelma gave birth to a baby girl on February 22, this year, after disappearing from their matrimonial home on December 7, leaving her two minor children.

Efforts to get in touch with Thelma were fruitless, as she changed her mobile number, while Elton was also not reachable.

According to sources, the pair have since changed their mobile numbers to avoid calls.

Cloudio said he was shocked by his wife’s conduct.

“We had our wedding in 2014 and I did everything for her, including furthering her studies.

“She did Financial Intelligence with a private tutor at home. The tutor happens to be Elton.

“Everyone just assumed that it was strictly an academic arrangement, yet they were sleeping together,” he said.

Cloudio said his wife and Elton spent a lot of time together and he just assumed they were having lessons.

He said even relatives who visited knew him as Thelma’s tutor.

“I didn’t suspect anything until we had a misunderstanding in December last year and she decided to go to her aunt’s place in Hwedza.

Little did I know that she was already preg_nant.

“She went on December 7 and I followed her the next day.

“After some talks, she apologised and promised to return home the next day.

“I left, but she didn’t come home, and instead went to stay with Elton.

“I called her relatives enquiring about her whereabouts, but they said they didn’t know, until I got information from neighbours that she had been seen on a close-by street.”

Cloudio said during the search for his wife, he would bump into Elton all the time.

“On February 22, she gave birth, according to hospital records I got.

“But, all her relatives expressed ignorance. Then, on Thursday last week, I was told that she was seen in the neighbourhood, since Elton stays in the same area,” he said.

He drove around the area and saw her carrying the baby.

“I confronted her while holding our marriage certificate and other residents were shocked.

“We went back home together with the child and, on Sunday, we went to see her father, who was not happy with the developments.

“She confessed and said she was drunk when she got preg_nant.

“I then filed for adul_tery damages against her lover.

“To counter my lawsuit, she filed an assault report and we will be back in court in September.

“I am also planning to file another case of bigamy.