OPERATION Chikorokoza Ngachipere that is being spearheaded by the Zimbabwe Republic Police (ZRP) to end illegal mining activities has been taken to Manicaland province, Mutasa district where hundreds of illegal miners were arrested this Monday morning.

Assistant Commissioner, Bazibi Dube who is Officer Commanding Police Support Unit says a lot of equipment has also been recovered that is proof that the illegal mining activities have huge sponsorship as he vowed that the police will not move out of mining areas until they stamp out illegal activities. 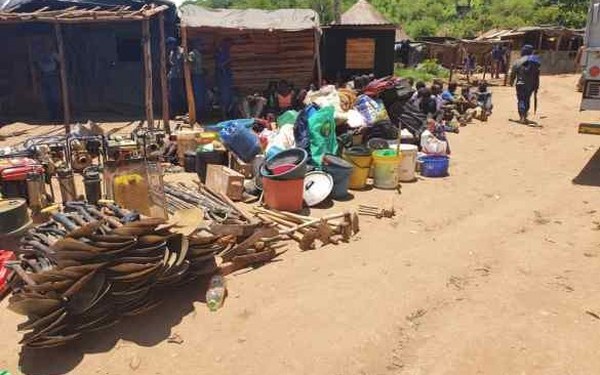 The minister of Defence and War Veterans Affairs, Oppah Muchinguri Kashiri also visited the mining area where the operation is taking place.

She commended the police and the and members of the Manicaland Joint Command for engaging in the operation that seeks to bring sanity in mining areas. Minister Muchinguri says there is however need for the ministry of mines to urgently come on board and support the regularisation of mining activities shortly after Chikorokoza Ngachipere operations to pave way for controlled and environment-friendly mining activities.

Minister Muchinguri toured some of the areas that have been affected by illegal mining activities to assess the level of land degradation where she underscored the urgent need to rehabilitate the affected mining areas.