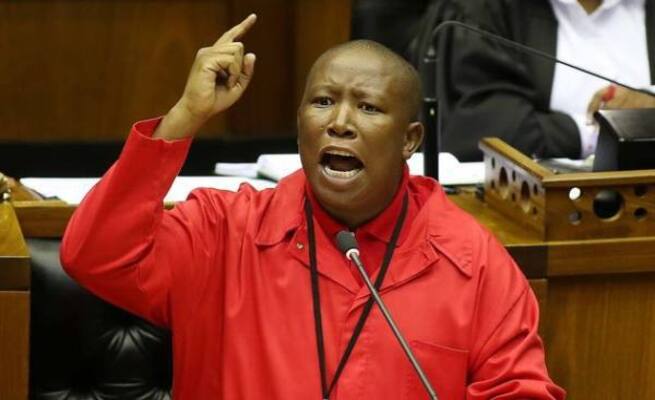 The Beitbridge Border Post and at least other 20 other South African borders have been closed to minimise the risk of spreading the Covid-19 pandemic.

Addressing a virtual press conference on Thursday, Malema said the closure of the borders announced by South Africa President Cyril Ramaphosa was an irresponsible act and called on SADC citizens to find “creative” ways to enter the country.

“We condemn the leadership of SADC for failing to mitigate the needs of our people in times of cross border travel particularly at the Beitbridge border. The closing of borders around SADC, knowing how interlinked our economies are in the region at the level of migration, is reckless and inhumane,” he said.

“The EFF calls for a high level meeting of SADC to resolve the matter and resolve on common protocols and procedure for travelling including free testing and provision of clearance permits to enter South Africa,” said Malema.

“It is irrational to close the borders of Lesotho and Zimbabwe, yet allow inter-provincial travel as if there is a special type of corona in Lesotho that is more dangerous than the one in the Free State.

“The closing of borders within SADC has nothing to do with corona, but reveals a self-hate and a desire to appear tough to European nations who have closed their ports of entries to us, but they can come as they please into our own country,” he said.

The fiery opposition leader added; “It is an act of classicism and racism and the President of South Africa who happens to be the chair to the AU (African Union) should have said that South Africa is being closed for African people.

“It is ironic as the coronavirus did not enter South Africa through Zimbabwe, Lesotho or Swaziland but came from Italy. It is a narrowness, quick fix solution to a complex problem and will undermine the dignity of many people who have families and livelihoods in South Africa.

“What is the point of closing the borders in SADC and allow flights to come in when you know very well that flights are being used by white people and it is black people who use those gates that you have closed and the flood gates of corona, that are used by white people, are open to people who brought corona here?

“Let the borders be open and if the gates are not going to be open for SADC, fellow SADC people, please, find a creative way. This is your home. Your families are here. There is now way anyone is going to close you out here. The borders are closed but the problem of unemployment is not resolved,” said Malema.

Over two million Zimbabweans are reported to be living and working in South Africa.