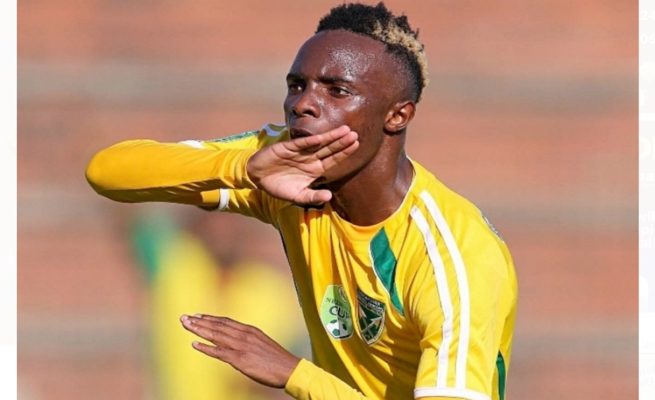 WARRIORS midfielder Kudakwashe Mahachi’s lawyer has applied for him to be discharged on the charges of attempting to kill his four-year-old son arguing that the three “key” witnesses who testified in the trial gave contradicting statements.

The footballer’s lawyer Nkosiyabo Sibanda of Tanaka Law Chambers indicated that the testimonies given by the three witnesses, Meline Mahachi, Sinikiwe Sibanda who are Kudakwashe’s sisters and his friend Carlos Moyo, were “very weak”.

“The child is said to have come with injuries, but the three harboured the child for a week, and the child’s health deteriorated in their hands,” read part of the submissions.

Nkosiyabo argued that the trio did not disclose that there was a doctor who was attending to the child when they reported the matter to the police.

“When they were reporting the case to the police, they did not disclose that they engaged a doctor (name supplied) who attended to the child. They hid this (information) from the police and the hospital authorities.

“On the other hand, they said the child came with injuries, and if this doctor was not bogus, he would have admitted the child. These three had something to hide,” argued Nkosiyabo.

He further argued that the three witnesses gave different testimonies concerning their associations with the doctor.

“One witness, Sinikiwe said they were all active in dealing with the doctor who was said to have been attending to the child at home, while Carlos denied ever witnessing the doctor injecting something into the child.

“In Sinikiwe’s testimony, she stated that Carlos was holding the child while he was being injected by the doctor but Carlos distanced himself from the dealings with the doctor,” further argues Nkosiyabo.

He further stated that in Sinikiwe’s testimony, Carlos was the one who was paying the doctor, while Meline considered that there was a doctor but she quickly disassociated herself from seeing the doctor.

If regional magistrate Mark Dzira who is presiding over the case agrees, that will end the trial. If he disagrees Kudakwashe will be put on his defence to see if the State case was sound enough for conviction and the trial will continue until Dzira delivers his verdict.

The matter was remanded to 23 September 2022 when the State led by prosecutor Acumen Khuphe is expected to respond to the application.

On Tuesday a doctor from Mpilo Central Hospital, Tichaona Tokwe who attended to the child gave his testimony.

He said when the decision of amputation was reached, they noted that the right foot had deep ulcerations and an exposed bone.

“This was a form of traumatic amputation, meaning that the injured part of his foot was no longer connected to the main foot. We then took the patient to the theatre to formalise amputation,” said Dr Tokwe.

He said the injuries of the patient were at different stages and they observed that he had sustained deep ulcerations.

“We examined the patient as a team from Mpilo Central Hospital and noted that the patient had deep ulceration on his head, left groin, left leg and the top of his right foot.

“The wounds were at different stages of healing, some were fresh, others were healing, and some had healed,” testified Dr Tokwe.

He further said that they went through different procedures to determine the causes of the injuries like looking for the patient’s medical history.

“When we were checking for the causes of different injuries, we checked the history of the patient, and in this case, we talked to the patient.

“The patient told us that he was hit with objects and hot water was poured on his head. When we examined the patient, the description of what transpired suited the injuries,” said Dr Tokwe.

Allegations against Kudakwashe are that on a date unknown to the prosecutor but between 25 February 2022 and 14 April 2022, he assaulted his son with an iron bar on the head and mouth.

It is further alleged that he poured hot water all over his body and assaulted him with a charger cable all over the body.

As a result of the assault the child sustained serious burns and injuries all over the body.

After a series of those alleged assaults Kudakwashe did not take his son to the hospital for medical attention but instead “smuggled” him back to Zimbabwe by a cross border transporter popularly known as Malayitsha.