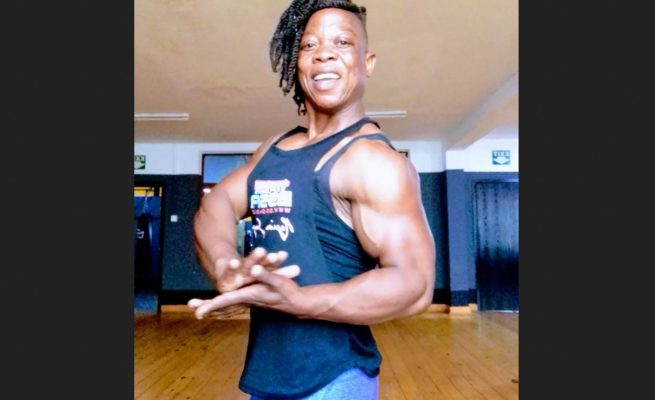 REGINA Jonga is a celebrated female bodybuilder whose plight is often ignored.

She has won several competitions and accolades on the local scene, but, just like her fellow sportswomen, Jonga’s career has often been blighted by a lack of sponsorship.

And yet she is an inspiration to many, including some in the Diaspora.

Jonga earned her World Fitness Federation (WFF) Pro Card in March 2019, and since then she has participated in numerous international bodybuilding events.

The 2020 Ansa Sportswoman of the Year was recently invited to a bodybuilding contest in November, which she would have missed due to lack of funds.

However, Jonga is now set to participate in Indonesia on November 19.

This comes courtesy of a Zimbabwean woman based in the United Kingdom and fitness enthusiast, Cathy Martin.

Jonga, a former multiple Miss Zimbabwe winner, will also compete at the Fitness Physiques competition set for 7 Arts Theatre in Avondale, on December 17.

Martin, who has some strong links in Zimbabwe is organising the event.

“Over the years, I have sponsored athletes in the United Kingdom through my brand BodyByCathy.

“One of my team members in Zimbabwe met Regina (Jonga) at the Mr and Miss Mufakose show in September.

“I then got in touch with her,” Martin told The Sunday Mail Online from her base in the UK.

Martin and Jonga clicked, and the former is now an official sponsor of the celebrated Zimbabwean bodybuilder.

“I was quite surprised that she (Jonga) couldn’t find sponsorship within Zimbabwe to represent the country at this event in Indonesia.

“Due to her dedication and commitment to the sport, I wanted to help her fulfill her dreams of competing internationally.

“Regina is a role model in bodybuilding and this sponsorship can inspire young people to see fitness as a great opportunity to improve their lives and create great opportunities for themselves,” said Martin.

Drug abuse in high-density suburbs, and the plight of disadvantaged women, is a motivation for Martin.

“I want to promote fitness and a healthy lifestyle in the community.

“Everyone could benefit from a healthier lifestyle, especially young people who have a drug addiction and need to find a valuable purpose in life,” she said.

Martin also spoke about the upcoming Fitness Physiques event, which she will be hosting in Harare next month.

“Fitness Physiques is inspired by my own transformation journey. Over a decade ago, I was extremely overweight, but fitness saved my life,” she said.

“I am so passionate about fitness and bodybuilding, that I find it a pleasure to help and support others reach their goals.

“I want to inspire young people to become more involved in the sport, bring the community together and work together to tackle drugs on our streets.”

Martin is a former Health and Fitness Entrepreneur of the Year in the UK.

Because of her charity work in countries like Mozambique and South Africa, Martin has earned the moniker “Boss Lady”.

“Our family charity, The Martin Reach, helps children from underprivileged backgrounds with healthcare and education around the world,” she said.

He fell from a truck while he was drunk: Football family plunged into mourning as soccer star dies

Esports Betting: The Best Markets for Betting in 2022