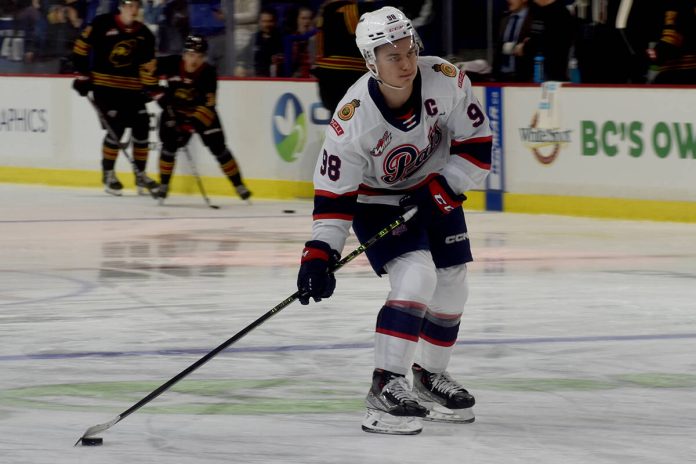 The NHL regular season is almost at its holiday break, and some teams are happy at where they are in the standings regarding making the playoffs. However, some teams are not satisfied with their play this season, but some of those who aren’t good are happy that they have a shot to land the number one pick in the 2023 NHL Draft.

One of the reasons why this is the case is because Connor Bedard, who is projected to be the number one overall pick in the 2023 NHL Draft, is a generational talent out of the Regina Pats in the WHL. In 28 games this season, he has scored 27 goals and has recorded 37 assists, along with a plus/minus rating of 14, and those numbers will continue to climb up just like the best online casinos ratings first in the top lists. Which NHL teams can potentially draft Connor Bedard?

If the season ended today, the Chicago Blackhawks would be the favorites to land the number one overall pick. Chicago is entering a massive rebuild and will probably hit the reset button at the end of the season. The Blackhawks already traded away Kirby Dach and Alex DeBrincat last offseason. Patrick Kane and Jonathan Toews both expire contracts at the season’s end.

Those two players may be traded before the trade deadline or signed elsewhere next season. They will always have their legacy in Chicago, Illinois, but they need to officially turn the page and close the chapter on this era. It would be a huge deal for the Chicago Blackhawks to land the number one overall pick and land Connor Bedard.

Chicago is an original six-team, and this can be known as Bedard’s hockey team right away and not be in the shadow of Kane and Toews on this hockey team. Connor Bedard on the Chicago Blackhawks would be a massive win for the NHL.

The Anaheim Ducks are the second favorites to land the number one overall pick in the 2023 NHL Draft. Anaheim has not had a good year, and it feels like some of the young player’s growths have been stunted other than Trevor Zegras and Troy Terry had. Connor Bedard would be the best player for the Ducks since the days of Teemu Selanne and Paul Kariya.

That feels like an eternity ago for Anaheim, and that was when they won the Stanley Cup title in five games against the Ottawa Senators in 2007. The Anaheim Ducks need that next franchise cornerstone player to attract people. They had Corey Perry and Ryan Getzlaf for all of those years.

Bedard to Anaheim would be a very interesting destination. It wouldn’t be a bad fit for him with the California weather.

They are missing that next-level piece to compete in a tough Metropolitan Division. There is elite talent all over the place in that division. Johnny Gaudreau is already there, and so is Patrik Laine. Columbus has drafted well over the years with young talent, and they will come together eventually.

Maybe Connor Bedard would be the final piece to the puzzle for this hockey team. It wouldn’t be a bad spot for him to land in. Bedard has the talent to make better players around him, and they would have their Sidney Crosby/Connor McDavid-like talent player for the next decade-plus. It would make them a very interesting destination for free agents.