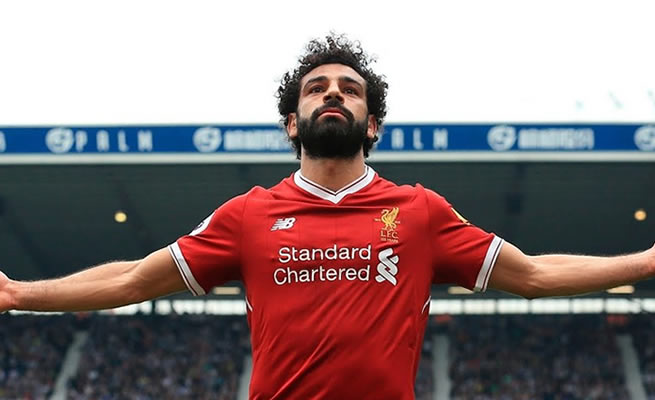 Bayern Munich, Juventus, Paris Saint Germain, Manchester City, Liverpool, and Barcelona are among the best teams in the world. They obviously have the best players in the world in their ranks. Their squads are a mix of all continents and obviously, there are Africans in them.

These sides are always favourites to win all the trophies they play for. But the beauty of football is that there are some surprises. That’s why going to bookmaker-ratings.net.za is a very good idea to bet on your favourite team in the safest way and with the highest odds.

Let’s take a look at the African players who are in the strongest teams in Europe.

The Senegalese defender, Bouna Sarr, has only been with the German giants for two seasons, and has slowly but surely proved his quality. In fact, on his debut, he provided two assists for Choupo-Moting. The right-back is part of the coach’s defensive rotations but is always important when he plays.

The other two African players are offensive players. Eric Choupo-Moting has been in Germany since the 2020 season and has been very important in Nagelsmann’s scheme, having already won two leagues and a Club World Cup.

The new addition is superstar Sadio Mané, who comes from Liverpool in a surprising transfer. Undoubtedly, the best African player will start his German adventure this season and great things are expected of him.

The team from the French capital, apart from having Messi, Neymar and Mbappé, has some very good African players in their ranks. There are three who represent the continent, and they are Achraf Hakimi, Abdou Diallo and Idrissa Gueye.

All three players are defensive specialists. Senegal’s Diallo is a central back and has spent three seasons in Paris. He played 75 games and was part of the defence that won two titles and two cups.

Idrissa Gueye is also Senegalese, but he plays as a defensive midfielder. Three seasons with PSG, and he has become an integral part of the midfield. His partnership with Marco Verratti is very good, and his physical strength is impressive.

Moroccan Achraf Hakimi is one of the best right-backs in the world. He has played with the best and the Parisian side brought him in because they consider him essential to achieve what they want so badly, which is the Champions League. Hakimi has only had one season in the French capital, but he immediately earned his place. A world-class defender.

Let’s travel to the Premier League where there are plenty of African players, but specifically at European runners-up Liverpool, three of the best play. Naby Keita, Joel Matip, and Egyptian Pharaoh Mohamed Salah.

Guinea’s Naby Keita, one of the best defensive midfielders in England, has spent four seasons on Merseyside and has developed into a great player. Already a Premiership and Champions League winner, he has basically won everything in England.

Joel Matip is a veteran of the English league and has been with Liverpool since 2016 and has lived through the restructuring of the club and has become one of the symbols of the team. The Cameroonian has played 166 games in red, and it seems that his history with the club is still long.

One of the best African players has written an incredible story in England. With the Reds, Mohamed Salah has won everything and has established himself as the best in his country and on the continent. He has just renewed his contract because he wants to engrave his name in gold letters at Anfield. He will surely achieve it.

Pep Guardiola’s men, the favourites to win next year’s Champions League, have only one African in their ranks, but he is one of the best. Algerian Riyad Mahrez

The African striker arrived in Manchester in 2018 and has not tired of scoring goals and making a difference for the Cityzens. He came close to sending them to the Champions League final this year, scoring a wonder goal, but Real Madrid got up unbelievably.

He has 189 and 63 goals in a sky blue shirt. Three Premier League titles and an FA Cup in his long list of honours at the Etihad.

It’s time to go to Spain where we have Barcelona, who are in the middle of a rebuilding process, and wants to regain its European pedigree. For that, they have two Africans in their ranks. Gabon’s Pierre Emerick Aubameyang and their recent signing, Ivorian Franck Kessie.

Aubameyang arrived last season after leaving Arsenal through the back door. He immediately adapted to the club, where he ended up scoring 13 goals in 23 appearances, including a brace at the Santiago Bernabéu against Real Madrid.

For his part, Kessie was barely introduced to the Blaugrana and much is expected of him because of what he showed in Milan. Italian champions after an eleven-year drought. The Ivorian was instrumental in winning the title, moreover, the Italian press said that Barcelona took the Rossoneri heart. A big signing for Barcelona

There is undoubtedly a lot of African talent scattered around Europe. Many of them want to follow in the footsteps of historic players like Eto’o, Weah, Drogba and other Africans who became legends in their teams.

Who of them will make it?