A LEWD video of a woman from Magwegwe shoving a cooking stick into her private parts has forced her into hiding.

Joylene Chimwai shot the 47 seconds-long private video that has since gone viral. She couldn’t face her neighbours the moment the video went public as such she went into hiding.

The video is now the talk of the neighbourhood. 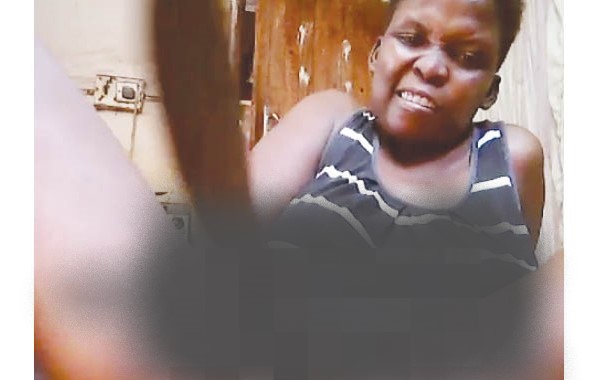 ‘‘I am surprised that a grown woman would do such a thing while recording it. Why would a normal person use a wooden spoon to satisfy their se_xual urges,’’ said a neighbour.

Another didn’t expect such from her.

“I always saw her as a calm and quiet person; little did I know she had her own urges driving her to use wooden spoons as se_xual objects,” said another neighbour.

Some think what she did was satanic.

“This is demonic. No one who is normal in the head would do such a thing. She must go to church and pray. I am afraid to even look at her face,” said another.

Chimwai is married and has a daughter.

Efforts to get comment from Chimwai or her relatives were fruitless.