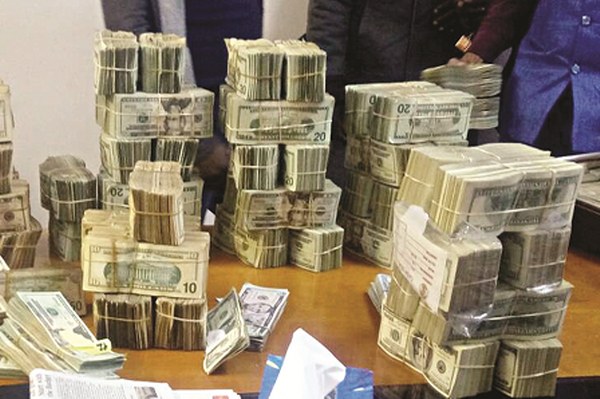 TWO brothers allegedly connived and defrauded a gold dealer of US$70 000 after selling him a bag full of sand under the guise that it was gold powder.

Kudakwashe Pfavai (28) and Daniel Pfavai (29) lured the complainant Mr Phinias Munda to accompany them to Shangani River purportedly to process the sand using mercury resulting in 7kg of amalgam.

Kudakwashe and Daniel were released on $3 000 bail each by Bulawayo High Court judge Justice Martin Makonese.

Kudakwashe was ordered to report once a week at Chakari Police Station while Daniel will report at Norton CID once a week until the matter is finalised.

They were also ordered to continue residing at their given addresses and not interfere with State witnesses.

According to court papers, it was stated that on November 14 last year at around 8AM, the two brothers connived and lured Mr Munda from his house in Parklands suburb in Bulawayo to Shangani.

While in Shangani, the two men connived to defraud the complainant. They showed him a bag full of sand which was stashed inside the boot of their car, a Mercedes Benz C200. They made the complainant believe that the bag contained gold in the form of powder.

They asked Mr Munda to accompany them to Shangani River under the guise of processing the sand using mercury to produce gold.

The sand, they claimed, produced 7kg of amalgam. They test smelted a sample of 42,3 grammes of amalgam and got 14,1grames of gold. Mr Munda failed to notice that the sample which they had taken was switched by one of the accused persons with real gold amalgam from his pocket.

From this sampling it was concluded that 7kg of amalgam would produce 2kgs of gold after smelting.

Mr Munda paid the two men US$70 000 and left for his office to smelt the gold concentrate.

Upon smelting the 7kg of amalgam, Mr Munda discovered that he had been duped as the mixture didn’t contain any gold.

He reported the matter to the police leading to the two brothers’ arrest but the money was not recovered.