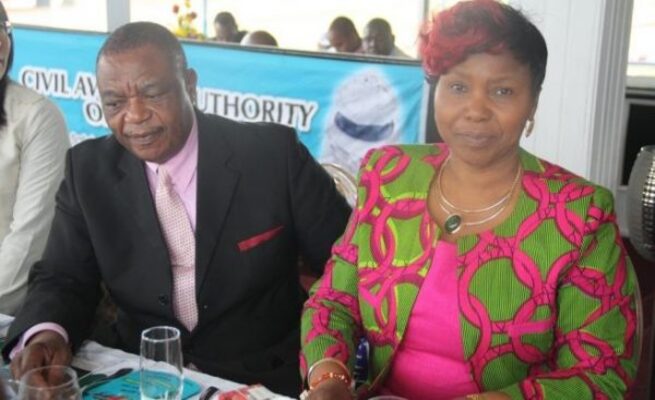 The government has responded to a viral social media video recorded by Zimeye News in which Defense Minister Oppah Muchinguri Kashiri was attacking China for “bringing” the coronavirus and declaring she will not take the COVID-19 vaccine when it reaches Zimbabwe.

The Ministry of foreign affairs Ministry distanced itself from the utterances of Muchinguri Kashiri and said the statement do not represent the position of the government on the matter.

Read the full statement below:

Press Statement by the Ministry of Foreign Affairs and International Trade, Honourable in Response to the Recording Attributed to the Minister of Defence and War Veterans Affairs, Honourable O.P.Z. Muchinguri Kashiri Blaming the Chinese for Covid-19

Reference is made to a purported telephone conversation between the Minister of Defence and War Veterans Affairs, Honourable Oppah Muchinguri-Kashiri and a journalist, Simba Chikanza that is circulating on the social media platforms.

We wish to make it clear that the sentiments expressed do not reflect the position of the Government of Zimbabwe. Zimbabwe and China enjoy excellent relations.

The Government does not hold the Chinese Government responsible for the emergence and spread of the coronavirus that has affected every global citizen. Government appreciates that China has exercised global leadership in efforts to find both the cause and a solution to the pandemic.

Constance Chemwayi (Mrs)
Spokesperson for the Ministry of Foreign Affairs 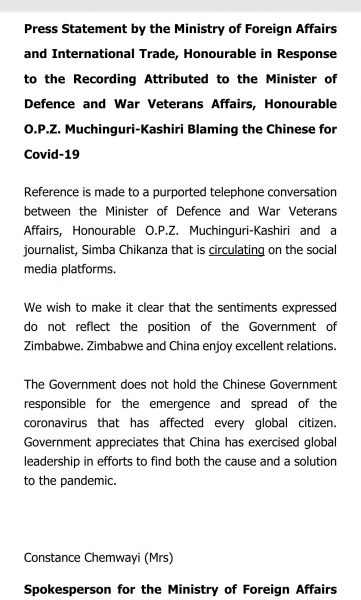 News Sekai Moyo - 6 March 2021 0
Chitungwiza land baron Frederick Mabamba, who was recently arrested on charges of illegally parcelling out land worth well over US$16 million belonging to Chitungwiza...
Loading...