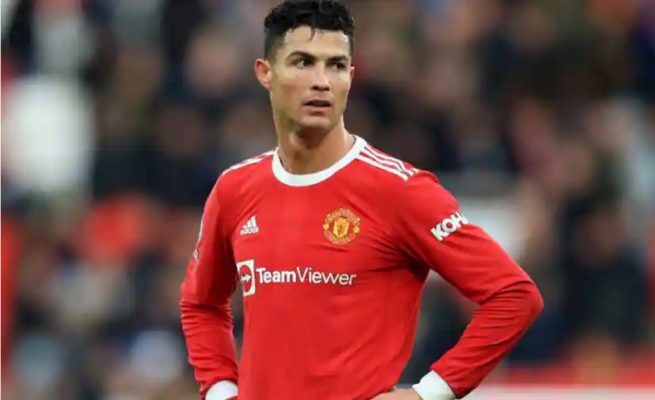 Cristiano Ronaldo has been AXED by Manchester United after having his £500 000-a-week contract ripped up.

The Portugal forward (37) blasted the club in his explosive interview with Piers Morgan.

And as SunSport revealed last week, the Red Devils have decided to terminate his contract with immediate effect.

The news was announced at 5.30pm on Tuesday as United released a blunt 67-word statement for the club icon.

The Old Trafford club – who will NOT give their iconic No. 7 a pay-off to save themselves £11.5million – said: “Cristiano Ronaldo is to leave Manchester United by mutual agreement, with immediate effect.

“The club thanks him for his immense contribution across two spells at Old Trafford, scoring 145 goals in 346 appearances, and wishes him and his family well for the future.

“Everyone at Manchester United remains focused on continuing the team’s progress under Erik ten Hag and working together to deliver success on the pitch.”

The news came less than 48 hours before Ronaldo kicks off his fifth World Cup campaign with Portugal.

The Euro 2016 champions face Ghana in Doha on Thursday afternoon.

And captain Ronaldo will start the game unemployed as a free agent.

I last saw Grant in 2011: Chris Romario Musekiwa speaks on man who was found hiding in ceiling