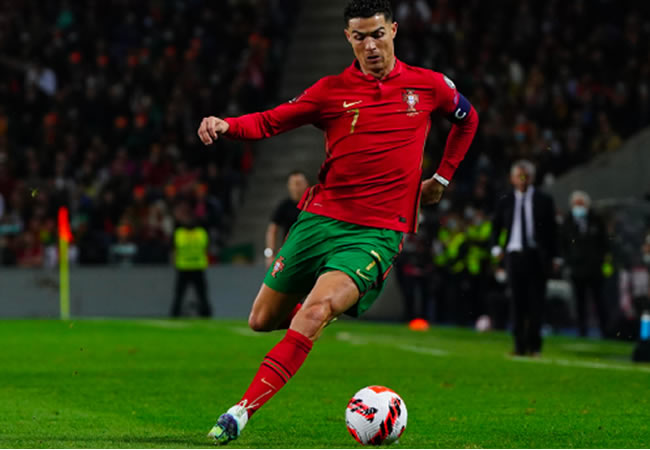 At the famous tournament of Euro 2016, Santos’s team beat the hosting team of France despite all odds to win the tournament. This was Portugal’s first international title in a long time. Portugal had been called the “nearly men” of European international football for years because of how close they had come to winning.

The fact that Spain was so good from 2008 to 2012 put even more pressure and stress on Santos and his star player, the man who needs no introduction — Cristiano Ronaldo. We might see the player saying goodbye to tournaments as he plays his final concerto in Qatar at this year’s cup.

Santos went for a strong core with the team member for his team’s qualification, so it’s not likely that he’ll be changing his final team too much as they get ready to play against their opponents in the group.

With the stakes so high and adrenaline coursing through your veins, it’s difficult to resist the urge to place a wager. And here, the typical problem comes into play because you have to figure out the most beneficial odds in your market. Usually, it requires you to go through a tangible number of bookmakers in Kenya, but if you know about BetHelper, everything gets much easier. There, you can check a large number of articles and reviews and find the most suitable sportsbook to place the most valuable bet on the FWC 2022 in Qatar.

Cristiano ‘El Bicho’ Ronaldo has officially been picked to play in his fifth World Cup. Then in 2006, when Portugal came in fourth place in Germany, the star played in his first competition.

Similarly to the previous four cups, the FIFA veteran enters as Portugal’s biggest hope, but this time he has arguably the best team behind him.

The Portuguese will go to Qatar with the hope that they can match or beat their best World Cup performance, which came in 1966 when they came in third.

After Rui Costa, Luis Figo, and Vitor Baia late in the 20th century, the current group of players are seen as the country’s second golden generation.

Young players like Diogo Costa, Nuno Mendes, Vitinha, and Rafael Leao have joined the stars already mentioned. The only new player is Antonio Silva, a 19-year-old defender who has never been called up before.

Even with all of this talent, Portugal had to work hard to qualify. After losing to Serbia at home, they had to beat Turkey and North Macedonia in the playoff.

Best and Worst Players of the Team

Because of this record, Santos’s players have fallen down the rankings in European football.

The Portuguese Football Federation has held on to Santos through some tough times, but the money they’ve enjoyed thanks to Euro 2016 is running dry so it’s best they do well in Qatar.

Santos is lucky to have a team full of talented players from all over Europe, including those from the PL.

Clearly, the four horsemen of Silva, Dias, Fernandes, and Ronaldo make up the backbone of Santos’ team; sadly, Diogo Jota—Liverpool’s star—ends up missing the tournament because of an injury. Meanwhile Joao Felix ought to stop relying too much on Ronaldo when they try to score the most game-deciding goals.

Even though Pepe is getting older, Dias’s partnership with him has worked well all previous year, and also Cancelo’s quick recovery lets us think that most gaps have been filled.

Sometimes, the relatively slow pace in the team’s defense would turn into a problem, but only versus teams that go for head-on attacks. Sanche’s also been having a bit of trouble because they don’t have a strong right side.

Balance in the middle of the playing field has also had its negative moments. Palhinha or perhaps Neves could be brought in instead of a more attacking player, and Ronaldo didn’t have the chance to play as much while at United so that might make him less effective.

Diogo Jota, a star player for Liverpool, couldn’t go and participate in Qatar because he hurt his calf during Liverpool’s 1-0 victory against Man. City in PL. This was a big blow to Portugal.

The versatile forward probably would’ve started up front with El Mago and El Bicho, but he’s forced to stay behind and observe from the sidelines instead.

Can Portugal Change Players Within Its Team?

As some of you already know, when the 26 players are selected, the teams taking part in the cup are only allowed to replace players for the initial match, and that’s if something really bad happens.

It’s clear from the rules of the cup that players who have made it onto the roster stay there unless they are seriously hurt or sick up to 24 hours their team has to play.

Such a team with an injured or sick player would have to send a report with medical details to the Federation, and if the medical examiners decide that “the medical conditions are serious enough to keep the footballer from playing in the cup,” then substituting the player is permitted.

The substitution representative has to be on the prepared list that was sent to the Federation in October 2022 as a first step.

I last saw Grant in 2011: Chris Romario Musekiwa speaks on man who was found hiding in ceiling