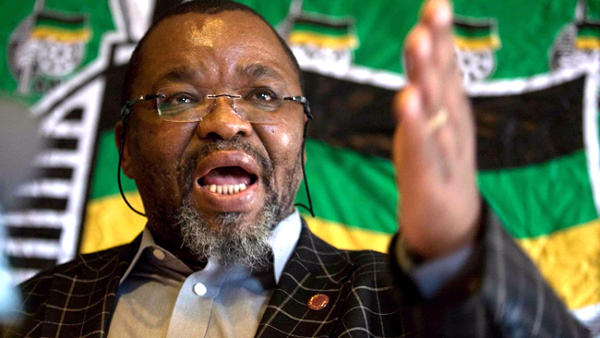 THE relationship between the ruling Zanu PF party and its sister liberation movement — African National Congress (ANC) of South Africa — is on a cliffhanger after the latter revealed yesterday that it had had enough of the Harare regime’s antics characterised by “threats and blackmail”.

“This relationship with Zimbabwe (Zanu PF) is always filled with threats and blackmail. I don’t like that. If Zanu PF wants to spill the beans on our meeting with them, they must. I am eager to hear what they want to spill,” he charged.

He was referring to two meetings held in Harare by the two parties last year to resolve Zimbabwe’s political and economic crises.

He added: “In fact, ANC chairperson, @GwedeMantashe1 should have said that the relationship is abusive! This must be stopped! It must end!”

However, Zanu PF insisted that the country was not in a crisis.

Last week, Mugwadi singled out SABC correspondent Sophie Mokoena accusing her of filing fake stories about President Emmerson Mnangagwa’s administration. He courted a diplomatic tiff with the ANC leadership when he threatened to “leak a bombshell on why the ANC delegation came (to Harare)”.

This forced Ramaphosa to respond during an interview with the SABC on Saturday, daring Mugwadi to come out in the open with his “bombshell” and reveal the “real reason” which he claimed was behind his party’s visit to Zimbabwe last year.

Zanu PF spokesperson Simon Khaya Moyo yesterday chose to downplay the fallout, saying: “There are no alarm bells at all, we continue as we were. There is nothing alarming. We will continue to relate as we have always done. We have cordial relations with our colleagues, there is no problem at all. We don’t worry about anything; we have one common destiny which we want to push for economic emancipation.”

“A communiqué was issued on the constructive two-day meeting by the two fraternal parties and indeed these meetings will continue in the future. Nothing was amiss and necessary measures will be taken by Zanu PF concerning those involved in this matter,” Khaya Moyo said.

“The President and first secretary of Zanu PF Cde ED Mnangagwa, the President of the ANC Cde CM Ramaphosa called each other in high esteem and no one should attempt to soil this fraternal relationship. We are one people sharing a common liberation history, culture and destiny.”

Zanu PF Twitter moles also joined the debate, some calling for the dismissal of Mugwadi from the party.

Mugwadi was once saved by top officials when the party wanted him sacked for using crude language in an interview with Aljazeera.