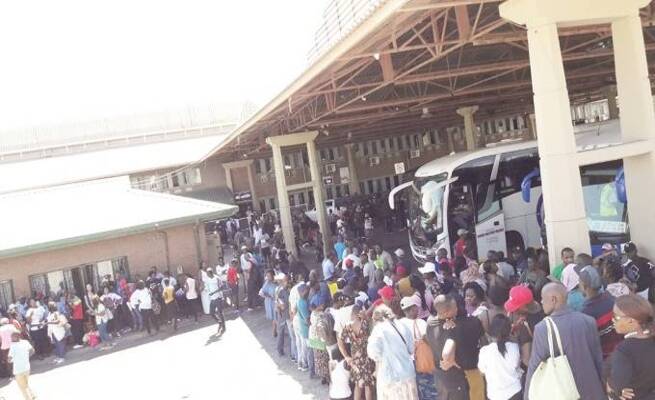 SIX suspects were arrested after they were found in possession of more than 1 500 kgs of copper cables by a joint team comprising Zesa loss control officers, the police and other security officers at Beitbridge Border Post on Friday.

The six who are Aleck Maseko (28) of Gwabalanda, Gift Ndlovu (25) of Bubi, Emmanuel Mdlongwa (30) of Pumula East, Proud Mkwebu (24) of Old Magwagwe and Nomathamsanqa Ncube (38) of Nguboyenja and South African national, Siyabonga Ntombela (32 were arrested after failing to account for the 1 693 kgs loot of copper cables they were found in possession of at the border post.

“Our Zesa Loss Control team embarked on a nationwide anti-vandalism joint campaign with ZRP and other security forces. It was during the blitz that they managed to nab the suspects who had in their possession 1 693 kgs of copper cables. Electricity is a key enabler to the attainment of the goals and aspirations of Vision 2030 hence we condemn such acts.

“Zimbabwe is strategically located in terms of electricity transmission and distribution in what we call the Southern African Power Pool (SAPP) hence it plays a key role in terms of the transmission and distribution of electricity to other countries, be it Zambia, South Africa, Mozambique and other regional countries. As such the destruction of such infrastructure which are the backbone of our existence is detrimental. It is economic sabotage. We would like to thank members of the public and the security forces for their continued effort in safeguarding the utility’s property,” said Dr Manyaya.

Zesa has been suffering huge losses due to theft and vandalism of the national electricity infrastructure.

In 2021, Zesa recorded 1 237 cases of theft and vandalism, resulting in huge losses of revenue, which could have been used for development.

The increase in vandalism and theft saw Cabinet recently approving the Electricity Amendment Bill, 2022 which removes the option of a fine where one is convicted of the crime. Furthermore, the Bill introduces stiffer penalties for the transportation of material used in connection with the generation, transmission, distribution or supply of electricity without the option of a fine.

The Friday arrest comes hard on the heels of another case where six suspects were nabbed at the Beitbridge Border Post on 2 August after being found in possession of copper cables.