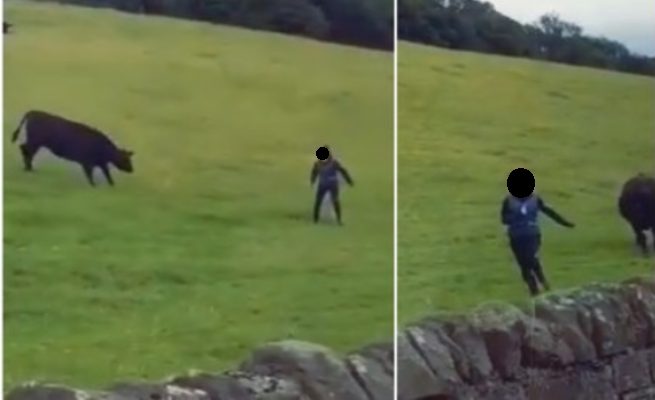 EVEN LOCALS who’ve been around livestock all their lives have never seen anything like it.

Not only was Zininzi killed by a cow, the animal even ate parts of her body.

“I HAVE ONLY EVER HEARD OF THINGS LIKE THIS IN EZINTSOMINI,” SAID RELATIVE LITHA LUDIDI.

“It’s as if somebody is telling me a myth or legend,” said 53-year-old Ludidi from Mdeni in Qumbu, Eastern Cape, describing the death of Zininzi.

“At my age I’ve come to accept that there’s nothing new under the sun.

“I thought I couldn’t be surprised anymore, but this is totally different. This is something we’ve never seen before.”

Speaking on behalf of the Mthethandaba family, Ludidi told Daily Sun he met with four animal health experts who said that with a diseased animal anything can happen.

“We’ll wait for the Department of Agriculture to tell us what happened before we start thinking about evil spirits,” said Ludidi.

Principal Mzuvukile Mjanyelwa said this is a big blow for the school.

“The pupils who live around here are still struggling to believe their teacher is no more,” said Mjanyelwa.

“I’ve never seen a human being eaten by a cow, but when this happened last week I was there personally.

“I saw it myself. The body parts were scattered all over.”

The horror incident happened last week, and Mthethandaba was buried on Saturday, 2 January.

Nolitha Ludidi from the Hlubi Traditional Council was still in shock when the SunTeam spoke to her, saying he’d wait for the Department of Agriculture to let them know what had led to the cow eating a human being.

“The cow is in a safe place and officials are expected to come here by next week,” Ludidi told the People’s Paper.