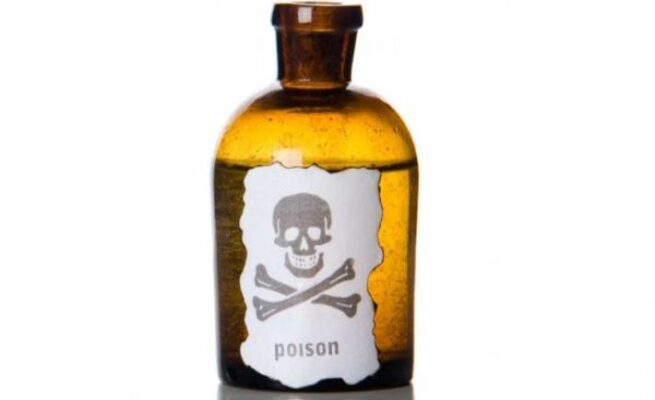 A MINER, who had a fallout with his girlfriend, committed suicide by taking a chemical used in gold processing after he stumbled on a used cond0m under their bed.

A source close to the incident said the deceased, Mehluli Nkomo (age not supplied), worked as an artisanal miner at Mkizi 2 Mine in Hope Fountain on the outskirts of Bulawayo.

The source said Nkomo told him that on the previous day he had a fierce argument with his girlfriend after he stumbled on a used cond0m under their bed.

After sharing this heart-breaking news, he headed into the bush. He returned later complaining of dizziness and started vomiting. The source said after a few minutes he fell to the ground.

They conducted first aid on him and after a few minutes he was fine. He left for his place at around 7pm.

Later on during the night, his workmate, who preferred not to be named, said Nkomo cried for help and he rushed to his room and found him wriggling on the floor.

“The workmate found an empty bottle of the chemical and he had to quickly give him an antidote and after that his workmate phoned the mine owner (name supplied) but when he arrived Nkomo had already died,” the source further said.

The matter was reported at Waterford police base.

ZRP Hillside, CID Scenes of Crime and CID Homicide attended the scene. Detectives discovered a suicide note in his suitcase and it read in part: “May you kindly give my family money for the 94 days that I was yet to be paid for.”

Bulawayo police spokesperson Inspector Abednico Ncube confirmed the incident. He urged members of the public to engage relatives, church leaders or the Police’s Victim Friendly Unit (VFU) than to take their lives.