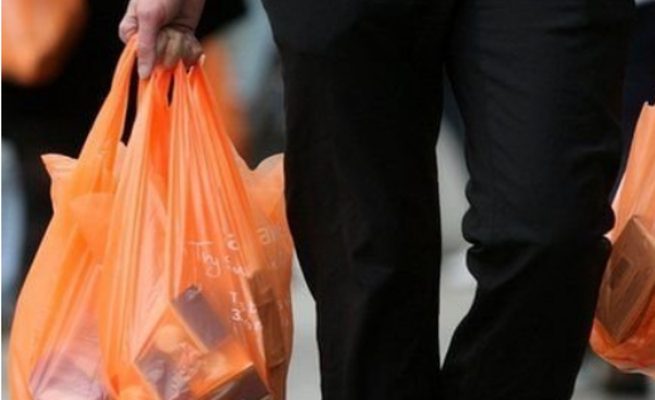 RATHER than dumping his live-in girlfriend after suspecting that she was playing away, a man from Mzilikazi suburb in Bulawayo chose to humiliate her by taking used cond0ms to her workplace where he dumped them in front of her boss and workmates, while accusing her of allegedly bed-hopping.

Bigboy Mandinde reportedly took the used cond0ms he found in a bin at their place in a bid to fix his lover Thandanani Nkomo whom he suspected was having se_xual relations with other men during his absence.

This came to light when Nkomo, who was seeking a protection against Mandinde, told Bulawayo magistrate Nomasiko Ndlovu that her live-in boyfriend was in the habit of verbally, emotionally and physically abusing her.

“I am applying for a protection order against my boyfriend who is physically and emotionally abusing me.

He has been beating me up in front of the children and people whom we are staying with.

“He even came and harassed me at my workplace and as a result of that I have since lost confidence after he attacked me in front of our boss and colleagues.

I now want a protection order against him so that he moves out of my family residence and not to come to my workplace,” said Nkomo.

She said whenever she came home late from work, her lover would become angry and start harassing her.

“Whenever I came back home late from work, he became angry and started asking me where I had been.

“In the process he would start insulting and assaulting me.

He sometimes keeps quiet when I greet him.

We can even go for nearly a month without talking to each other.

Last Wednesday (15 June) he phoned me asking me who had slept at home.

“He then threatened to assault me before he came to my workplace carrying a plastic bag with used cond0ms and dumped it in the office.

He then assaulted me in front of my colleagues,” lamented Nkomo.

Mandinde did not deny the allegations.

He said he got angry after he stumbled on used cond0ms in a bin adding that the discovery apparently shocked him since he had not been at home for three days.

“I had gone out for three days and left her with the children.

After I came back and when I was cleaning the fowl run the following day, I saw a plastic with orange peels in a bin and when I tried to take it so that I could take the peels to the garden, that is when I saw that plastic with used cond0ms.

I called her to find out what was happening and she did not answer her phone,” he said.

Mandinde said because of anger he decided to go to his lover’s workplace.

“When I got there, I sat at the reception and requested to see her.

The receptionist said she was not there.

When I went outside to call, I was surprised when she answered and said she was at work.

I then demanded from the receptionist to know why he had initially said she was not at work.

“Since I was angry and also considering the fact that they had initially hid her from me, I lost my temper and violently pushed her and she fell to the ground.

“That is when her workmates came and restrained me,” said Mandinde.

Asked the magistrate: “So, what made you think that the used cond0ms were hers?”

“It is because at some point when I went to the rural areas and unexpectedly came back on the same day, I found her preparing to go out carrying some clothes suggesting that she was coming the following day.

“So, when I saw the used cond0ms, it triggered me to suspect some infidelity,” he said.

He adds: “Still on the issue of used cond0ms, my son who works in Gwanda, who also came on the day I arrived from the rural areas, when I confronted him over the issue, claimed that the used cond0ms were his.

“He said he was the one who had put them in a bin.

“I then questioned him how since he had slept alone.

“He claimed that he slept in Gwanda the previous night after he failed to get transport to Bulawayo and that is when he sought accommodation there and used those cond0ms in question.

“He said instead of dumping them after use he put them in his bag and later dumped them in a bin at home.”

After his son told him that he was the one who had dumped the used cond0ms in the bin, Mandinde reportedly apologised to his lover.

In her ruling the magistrate ordered Mandinde not to verbally and physically abuse his lover or threaten her in any way and not to go to her workplace.